In addition to the sales, the company announced it has successfully completed MAP to Growth operating improvement program with annualized savings exceeding target by $30 million.

“As we conclude a fiscal year unlike any other, I am extremely grateful for the perseverance of our associates around the world. Through their efforts, we were able to generate very strong fourth-quarter and full-year financial results. For the full fiscal year, consolidated sales increased nearly 11% to $6.1 billion, net income increased 65% to $502.6 million, and cash flow climbed nearly 40% to a record $766.2 million,” stated RPM chairman and CEO Frank C. Sullivan.

“Also at year end, we brought our MAP to Growth operating improvement program to a successful conclusion. Over the course of the three-year initiative, we reduced our global manufacturing footprint by 28 facilities, created a lasting culture of manufacturing excellence and continuous improvement, consolidated material spending across our operating companies, negotiated improved payment terms that helped us to reduce working capital, consolidated 46 accounting locations, migrated 75% of our organization to one of four group-level ERP platforms and returned $1.1 billion of capital to shareholders,” Sullivan continued. 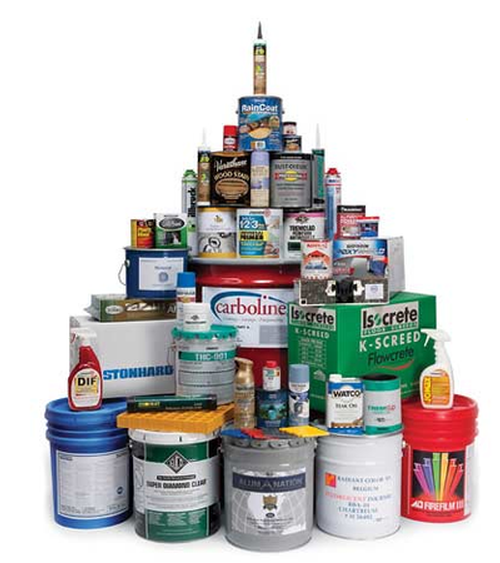 “Construction, maintenance and repair activity accelerated during the quarter in the U.S. and even more so in international markets, which had been more heavily constrained, as the impact of the pandemic eased. Our Construction Products Group capitalized on this trend and generated record results,” stated Sullivan.

“Leading the way in North America were our businesses that provide commercial roofing materials and concrete admixtures and repair products, as well as our European businesses, all of which generated record sales. Demand for our Nudura insulated concrete forms remained at elevated levels as a result of their relatively low installed cost, in addition to their environmental and structural benefits as compared to traditional building methods. The bottom line was boosted by volume leveraging, savings from our MAP to Growth program and higher selling prices.”

“Our Performance Coatings Group also benefited from the release of pent-up demand for the construction, maintenance and repair of structures in the U.S. and abroad, which it leveraged into strong year-over-year growth,” stated Sullivan.

“This segment had been particularly challenged through the pandemic because of its greater exposure to international markets and the oil and gas industry, as well as a greater reliance on facility access to apply its products. Points of strength in the segment were its businesses providing commercial flooring systems and North American bridge and highway products, as well as a recovery in its international businesses. Segment earnings increased due to higher sales volumes, the MAP to Growth program and pricing, which helped to offset raw material inflation.”

“During the first three quarters of this fiscal year, our Consumer Group’s sales and earnings have grown rapidly as it served the extraordinary demand for DIY home improvement products by consumers who were homebound during the pandemic. As more Americans became vaccinated and were no longer confined to their homes, DIY home improvement activity began to slow towards the end of the fourth quarter from its torrid pace since spring of 2020, though the pace of sales remained higher than pre-pandemic levels. In international markets, many of which still have stay-at-home orders in place, sales growth remained quite strong,” said Sullivan.

“Helping to partially offset the cost pressures were selling price increases and savings from our MAP to Growth program, some of which were invested in advertising programs to promote new products.”

Finally, the Specialty Products Group reported record net sales of $202.8 million during the fourth quarter, which increased 49.9% compared to net sales of $135.2 million in 2020. For the year, sales were $706.0 million compared to $601.0 million a year ago, representing an increase of 17.5%. Organic sales increased 13.9%. Acquisitions added 2.3% and foreign currency translation increased sales by 1.3%.

“For the second quarter in a row, our Specialty Products Group generated the highest organic growth among our four operating segments. Its results have improved sequentially over the past three quarters with excellent top- and bottom-line results by nearly all of its businesses, including cleaning chemicals and restoration equipment as well as coatings for recreational watercraft, food, pharmaceuticals, wood and other OEM applications,” Sullivan stated. “Its record results were driven by recent management changes, increased business development initiatives and improving market conditions.”

Looking ahead, RPM expects the Performance Segment to be significantly impacted by inflation, at least for the first half of 2022. While raw material demand is estimated to be a problem mainly for the Consumer Group.