The California Hospital Association, along with Gov. Gavin Newsom, are proposing another extension that would mandate hospitals upgrade their structures to ensure that they can stand up to a major seismic event.

CHA is hoping to extend the deadline from 2030 to 2037, however, the California Nurses Association recently issued a response statement, opposing the efforts and accusing the hospitals of being motivated by profit.

There are two mandates in this scope that were passed by state legislature following the 1994 Northridge earthquake. They state that first, hospitals need to meet seismic standards to ensure that they don’t collapse during an earthquake and, second, they need to be able to remain operable to serve patients after a quake. Hospitals need to meet the first benchmark by 2025 and the second one by 2030. It’s the second one that CHA is pushing back on now. 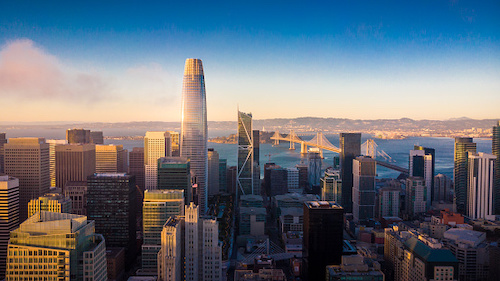 heyengel / Getty Images
The California Hospital Association, along with Gov. Gavin Newsom, are proposing another extension that would mandate hospitals upgrade their structures to ensure that they can stand up to a major seismic event.

At the beginning of the month, the CHA released a memo detailing “a fresh approach to hospital disaster preparedness,” which focused more on the COVID-19 pandemic and less on natural disasters.

The memo states in part: “As a result of lessons of the past year, it’s time for state lawmakers to take a fresh look at a 1990s-era state law that will both impose billions of dollars of costs on hospitals and—if not modified—will result in hospital closures across the state.

“If we have learned anything during the pandemic, it’s this—hospitals need flexibility to deploy innovative approaches to care for patients in a disaster. The future of hospital disaster response must be focused on ensuring people’s health care needs are met, not on complying with arbitrary, outdated regulations that gird the infrastructure of the past.

“It’s imperative that the Legislature adopt the proposal being advanced through the state budget process that will re-focus the state’s 2030 hospital seismic requirements to be fully operational on only those buildings that provide emergency services.”

The CHA said that the extension to 2037 would give hospitals enough time to financial recover from the pandemic.

However, CAN’s statement disputes this claim and looks to the hospitals’ profits in the past year, saying: “However, in 2020, Kaiser Permanente reported $6.35 billion in income. HCA Healthcare reported it made $3.8 billion in 2020 profits. Additionally, California hospitals overall received more than $5 billion combined from the federal Medicare program in direct aid, plus more than $8 billion in pandemic-related loans.”

The CHA argues that putting the “emergency services” needs above the seismic needs is erroneous, saying:

“Every day we delay compliance further, we are risking people’s lives. The real goal of the corporate hospitals is to get out from under the entire 2030 seismic safety standard and leave all of us unprotected. The COVID-19 pandemic laid bare the deadly tragedies that occur when hospitals are not prepared for disasters and emergencies. Let’s not let hospitals make the same deadly mistake, twice.”

Hospitals aren’t the only structures that have picked up the pace in the past few years to prepare for the next major earthquake; the state’s high-rises have looked at codes as well.

At the end of 2017, the city of Los Angeles began issuing notices to those who own older concrete structures, as well as wood-framed buildings, informing them of their seismic retrofitting requirements regarding a recently adopted ordinance.

The Los Angeles Department of Building and Safety began sending compliance orders to property owners, with around 13,500 properties in the city in need of retrofitting at the time.

About a year later, officials in San Francisco took a closer look at a study out of the Applied Technology Council entitled, “Tall Buildings Safety Strategy,” that focused on the seismic vulnerability of the city’s growing skyscrapers (tall buildings it describes as 240 feet and higher, culminating in a list of about 150 skyscrapers).