Researchers from the Swinburne University of Technology and additive manufacturing specialists Amaero International Limited have recently partnered with the Australian National Fabrication Facility Limited (ANFF) on a project to develop coatings for rocket engine components.

The collaboration will focus on the development and manufacturing of Compliant Multilayer Environmental Barrier Coatings (EBCs) for rocket engine components, such as internal turbine engine surfaces and nozzles. The outputs of the research plan to also find use for commercial applications in aviation, space, defense and high-temperature processing applications.

“This is an exciting project that showcases Swinburne’s strength in materials and coatings for space,” said Director of Swinburne’s Space Technology and Industry Institute, Professor Alan Duffy. “By bringing together the brightest minds and world class capabilities from Swinburne, ANFF, and local industry excellence in Amaero, we can address the material issues within the extreme environment of a turbine engine.

“In solving this problem for space, we also benefit through its use back on Earth. Swinburne is delighted that Amaero is partnering with us in this breakthrough space manufacturing technology.” 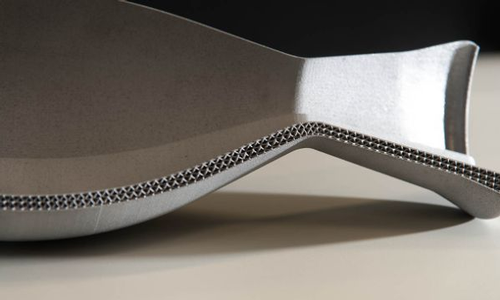 In contributing to the cost of the project, Swinburne reports that it plans to focus on:

Through the combined research of the university and its company, Amaero also plans to:

“We are very pleased to be collaborating with Swinburne University of Technology on researching and developing specific barriers and coatings,” said Amaero CEO, Barrie Finnin. “The global space industry represents a significant large and strategic commercial opportunity for Amaero and this research will enhance the industry-leading technology that our company provides.  We look forward to working with Swinburne and the ANFF on this research and development project and benefiting from the commercial opportunities arising from the outcomes.”

According to reports, the collaboration highlights the global significance of Australia’s research capability and the growing presence of Australian technology within the aerospace and additive manufacturing sectors.

Back in 2019, researchers from the Swinburne University of Technology, the University of Sydney and Australian National University have collaborated to develop an ultrathin graphene film, in hopes for future use in solar thermal energy harvesting.

The 90-nanometer material is 1,000 times thinner than a human hair, and when placed under natural sunlight, can rapidly heat up to 160 degrees Celsius (320 degrees Fahrenheit).

According to researchers, the graphene-based metamaterial absorber prototype opens new possibilities in:

Not to mention, the possibility of large-scale films capable of encasing objects to create, “invisible cloaking technology.”

The 2.5-centimeter-by-5-centimeter film consists of alternating graphene and dielectric layers that have been proposed for scalable manufacture for fabrication at a low cost. By fabricating on a flexible substrate, in addition to the robustness, the prototype should be suitable for industrial use as well.

The research has since been published in Nature Photonics and was funded by the Australian Research Council Discovery Project grant.

In the year prior, researchers from the university were reported to have developed a corrosion-resistant coating that could cut the buildup of algae on ships in half. The research team—working in collaboration with experts from the Defence Materials Technology Centre; MacTaggart Scott Australia; United Surface Technologies; and the Defence Science and Technology Group—began testing the coating on the HMAS Canberra, a ship the Royal Australian Navy uses for landing helicopters.

Research project lead Andrew Ang, who previously won the 2018 Fresh Science competition for his work, explained that in the course of the study, the team used a supersonic combustion flame jet, “to coat hydraulic machinery parts and found these new protective coatings reduce biofouling by roughly 50 percent compared to current standard coatings.”

The treatment is composed of a single layer of carbide-based coating applied to ship parts with smooth surfaces; these parts are often exposed to harsh conditions and are known to degrade quickly due to biofouling and corrosion. So far, the coating has proven to be able to halve the build-up of algae and barnacles.

During testing, the team applied the coating to more than 100 samples, which were then immersed in seawater at three field sites around Australia from 2015-17. Now, the coating is being tested on a prototype system as well as in a real-world environment: the HMAS Canberra.

And in 2017, a researcher from Swinburne University of Technology was recognized for his development of a method that lessens corrosion on submarines, which has provided both additional benefits for the sector and served as a financial asset for the Royal Australian Navy and Defense.

Wade went on to add that the university will continue to work toward understanding microbiologically influenced corrosion, and “how we can minimize its effect to various key industries.”