The American Concrete Institute’s ACI Foundation has announced that it is now accepting fellowship and scholarship applications for the 2022-23 academic school year.

Four new fellowships and two new scholarships have been added, bringing the total of annual awards available up to 32. 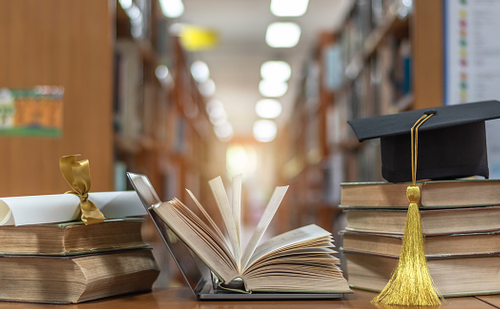 Chinnapong
The American Concrete Institute’s ACI Foundation has announced that it is now accepting fellowship and scholarship applications for the 2022-23 academic school year.

The fellowships are offered to both undergraduate and graduate students pursuing a concrete-related degree or program at an American or Canadian institution of higher education, or applicable countries related to the ACI Foundation Middle East & North Africa Fellowship.

Among other requirements, students must obtain two endorsements with one of the endorsements being from an ACI member. Each ACI Foundation scholarship includes an educational stipend of $5,000 and recognition in Concrete International and on the ACI Foundation’s website and social media.

“The purpose of the ACI Foundation’s student fellowship and scholarship program is to identify, attract, and develop outstanding professionals for future careers in the concrete industry. For the 2021-22 academic year, the ACI Foundation distributed over $180,000 in tuition assistance to 22 deserving students through the support of ACI, ACI chapters, generous donors, and industry partners,” ACI said in its press release.

The deadline for this application period is Nov. 2, at 11:59 p.m. EST. Mandatory internships would occur during the summer of 2022 and the full award cycle covers the 2022 fall semester through the 2023 spring semester. Additional application details are available here.

In April, ACI announced that it had reached its $1 million fundraising goal for the ACI Foundation. Jeffrey W. Coleman, President of ACI, announced the challenge to raise $1 million in October 2020.

“Due to the generosity of ACI members and chapters, we have not only reached the goal, we have exceeded it,” stated Coleman. “I want to express my sincere gratitude to all who contributed, and notably our major donors, who I thank for making contributions: a donation in honor of ACI Past President Robert Mast, the ACI Carolinas Chapter, Surendra P. Shah and his students and supporters, Master Builders Solutions, the estate of William Maloney, the ACI Greater Miami Valley Chapter, the ACI Ontario Chapter, Georgia ACI Chapter, New Jersey ACI Chapter, and AOE. I also thank the ACI Board of Direction and ACI for continued support of the Foundation. A special thank you goes to ACI Past President Dan Baker who moved us over the million-dollar line."

“I am excited and encouraged to see such growth in the ACI Foundation as our longstanding supporters and new donors came together this past year,” said Ann M. Masek, Executive Director, ACI Foundation. “Our programs can provide more progress and benefits to students, research, and technology. The advocacy of ACI President Coleman throughout his term and the support of our community demonstrate how together we can make a difference.”

The ACI Foundation aims to promote progress, innovation and collaboration in the concrete industry through strategic investments in research, scholarships, and ideas.