The 2020 competition had been canceled entirely in the wake of the COVID-19 pandemic.

Differing from prior years, the annual ASCE Concrete Canoe Competition was hosted online for the first time ever. Also, in addition to the traditional concrete canoe competition, this year ASCE also added Sustainable Solutions and UESI Surveying Competitions to its list of virtual competitions.

Although the canoes couldn’t race against one another, the competing teams instead were judged on their verbal presentations, technical proposals and enhanced focus area reports that allow them to add an inventive element that adds value to the overall project.

At the time of the virtual competition announcement, 18 schools were automatically qualified by winning the concrete canoe competitions at their respective student conferences. Five wildcard teams were also selected randomly from schools that met certain benchmarks for student chapter excellence.

The online-hosted events were conducted through officials from the University of Wisconsin–Platteville. 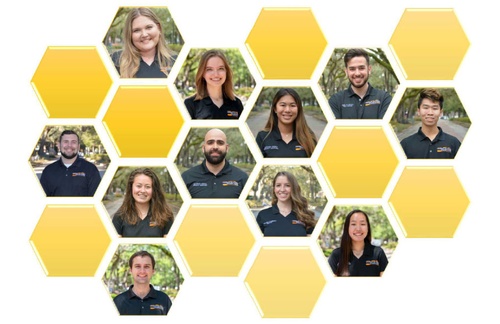 “UW-Platteville’s students and faculty congratulate every one of you for putting in the work and earning an invitation to the 2021 ASCE Concrete Canoe Competition,” they noted on the competition page. “You inspire us as we strive to uphold the traditions, core values, and spirit of competition through our computers virtually. We also congratulate the ASCE Sustainable Solutions and ASCE UESI Surveying teams for your hard work and efforts and look forward to supporting these competitions and helping them grow.”

The competitions took place from June 25-27.

Once again named the competition’s champion was none other than the University of Florida. For the virtual competition, teams were judged on their oral presentations, technical proposals, and enhanced focus area reports that allowed them to add inventive elements to their projects.

“I mean, I started crying I was so excited,” said Suzanna Barna, a co-project manager for the University of Florida team, after hearing her team’s name announced during the virtual awards ceremony. “It’s been an incredibly difficult situation. Nobody going into this knows how to handle it. It’s very strange. It’s just been a whole year in the making, and it’s really nice to see it pay off.”

The University of Florida canoe—the Polligator, named for its theme of pollination and honeybees—placed Top 3 in all three categories: second in the technical proposal category, second for technical presentation, and third for enhanced focus areas.

The university also received the ASCE Can-Do Champion Award for the school that most embraced the social and collaborative aspects of the weekend’s program.

Technical Proposals were ranked as follows:

The complete results of the competition can be viewed, here.

Concrete canoe competitions, according to ASCE, informally began in the early 1970s, when student chapters of the society constructed and competed their engineered floating devices to see which could design the most viable canoes made with the ubiquitous building material.

In 1988, ASCE introduced the first national championship, giving concrete canoe-builders nationwide something to aspire to. That year, Master Builders Inc. was the competition’s sole corporate sponsor.

In 2019, UW–Madison placed seventh in the national competition at the Florida Institute of Technology in Melbourne, Florida. However, years prior, the university won five consecutive national titles from 2003-07.

Prior to its cancellation, the 2020 spring and summer canoe competitions were slated to be hosted at the University of Wisconsin–Madison. The ASCE Great Lakes Student Conference regional competition was slated to take place April 2-4, and the ASCE National Concrete Canoe Competition would happen June 13-15 by UW–Madison’s student chapter.

The competition would have been sponsored by the ASCE Foundation, American Concrete Institute, Geico, Pearl Insurance, NPCA Foundation and Morley Construction Company, among potential others.