According to the release, the new strategic partnership looks to further strengthen the companies’ long-term cooperation as they expand the scope to include research and development on potential innovative products, in addition to cost mitigation of wind turbine surface treatments while guaranteeing high quality.

“At Hempel we like to innovate together with our customers, and we continue support GRI Renewable Industries reaching their business and sustainability targets. Therefore, we are pleased to extend our long-term relationship to also include research and innovation,” said Michael Hansen, Chief Commercial Officer at Hempel. “GRI Renewable Industries is very skilled within tower manufacturing and tower design, and this coupled with Hempel’s expertise in coatings and surface treatment processes makes this a good partnership in terms of exploring innovative solutions for the renewable energy industry with lower VOC* and less time spent on sur-face treatment preparation.” 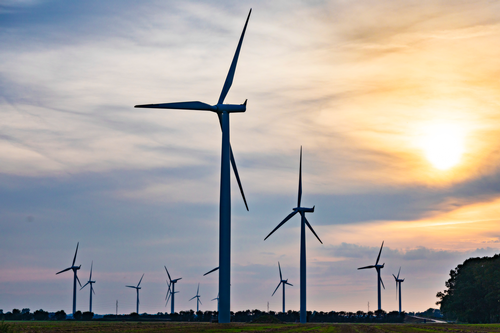 The partnership is also reported to include the University of Sevilla, which will participate under the umbrella of the project Andalusia, Alentejo and Algarve innovation Centre (CIU3A). The project is co-financed 75% by the European Regional Development Fund, Program of Cooperation Interreg VA Spain - Portugal 2014-2020.

Eventually, the university plans to launch the Innovation Center to launch in the current mandate of Government Team, which will be complemented by three innovation centers in Aeronautics, Agri-food and Energy and Mobility.

For the task at hand, GRI, Hempel and Sevilla will focus on the sustainability and prolonging the lifetime of wind towers. The ambition is to reduce surface treatment cost by 10% and lower VOC by up to 50%.

The first steps in the new cooperation around research and development will take place between GRI’s R&D facility in Sevilla, and Hempel’s laboratories in Barcelona and Denmark. Once developed, the coatings solutions are slated to be further researched to define which coating solution will best match GRI Renewable Industries’ needs.

Hempel in the Wind Sector

Last year, Hempel entered a similar partnership with Vestas (Aarhus N, Denmark), a sustainable energy solutions company. Like its most recent partnership with GRI, the plan focused on the development of innovative solutions involving the surface protection of wind turbines and aimed to reduce surface treatment costs and support sustainable coating solutions.

Additionally, the partnership also enabled Hempel to assist Vestas in remaining competitive throughout the entire process of becoming CO2 neutral by 2030.

A few months later, in November, the company announced that it was awarded the Sustainability Award 2020 by Vestas for supporting them on their journey to become carbon neutral by 2030.

While Vestas and Hempel were involved in a long-term collaboration, shortly after announcing the duo’s partnership, Hempel also announced its identification of additional initiatives that can lead to the reduction of both CO2 and waste at the Vestas site in Pueblo, Colorado.

According to Covestro, the jury recognized the company´s polyurethane infusion resins for the efficient production of wind rotor blades and coatings for offshore wind turbines.

For the award, Covestro’s PU was studied for its processing and mechanical properties through prototyping and advanced computer simulations. The company notes that because of the coating’s low viscosity at room temperature and high reactivity at elevated temperatures, the PU enabled rapid infusion and curing.

Compared with epoxy resins, Covestro’s PU was reported to lead to significantly shorter rotor blade production cycles. In addition to the potential for weight savings and their resistance, the PU resins reduce total cost of ownership by increasing energy efficiency and lowering manufacturing and maintenance costs.

Beside the PU resins, several other Covestro coating solutions for offshore wind turbines were included in the case presented for the JEC Innovation Award. Of them were a solvent-free gelcoat, a waterborne 2-component topcoat and a polyaspartic-based leading edge protection coating. The systems were reported to feature excellent adhesion properties on PU composites and were also successfully tested under simulated offshore conditions, revealing that they could facilitate the manufacturing process for rotor blades and improve productivity of wind turbines.

In addition to making strides in the coating’s aspects of these industrial structures, however, many others have been recognized for their combined efforts to recycle wind turbines blades as well.

Also occurring in June, Danish wind farm developer Ørsted announced its commitment to recover, reuse and/or recycle all turbine blades in its worldwide portfolio of wind farms once they have been decommissioned.

The decision arrives as the company reports that it has “a clear responsibility to help find solutions to the challenge of recycling blades.” Despite the challenges of determining recover, reuse and recycle solutions, Ørsted reports that between 85% and 95% of a wind turbine can be recycled. However, due to their lightweight and durable designs, the blades remain a challenge to recycle properly.

Regardless, Ørsted has committed to not make use of landfilling for decommissioned wind turbine blades and plans to “temporarily store” retired blades, should finding a solution to recycle them takes “longer to solve than anticipated.”

The commitment to this incitive was made on the company’s Capital Markets Day and is part of its strategy to expand its sustainability position and work toward achieving a carbon-neutral footprint by 2040.

Thus far, Ørsted has only decommissioned the offshore wind farm Vindeby in Denmark, where the blades from the 11 wind turbines were all reused.

In December of last year, transnational company Veolia signed an agreement with GE Renewable Energy to recycle its onshore wind turbine blades in the United States. The contract was reportedly the first of its kind in the U.S. wind turbine industry.

To recycle the wind turbines, Veolia plans to turn the blades into a raw material for use in cement manufacturing, which can be rapidly deployed at scale, not only increased the environmental benefits of the wind industry.

In turning the blades into a raw material, Veolia reports that it will use a cement kiln coprocessing technology where retired blades—mainly composed of fiberglass—will be shredded at a Veolia plant near St. Louis, Missouri. The resulting materials can then be used to replace coal, sand and clay otherwise used in the manufacturing of cement.

Through this coprocessing solution, more than 90% of the blade will be reused: 65% as raw material in the cement plants, and 28% transformed into energy required for the chemical reaction in the kiln.

The resulting cement has the same properties and performance as cement manufactured using traditional means, meeting all applicable ASTM standards.