Last week, the United States Department of Justice announced that Houston-based CITGO Petroleum Corporation had agreed to a $19.69 million settlement to resolve federal and state claims for natural resource damages under the Oil Pollution Act and the Louisiana Oil Spill Prevention and Response Act.

The claims refer to a civil complaint filed by the United States and Louisiana for injuries to natural resources resulting from CITGO’s major oil discharge into the Calcasieu River in June 2006 from its wastewater treatment facility at its Lake Charles refinery.

According to the Office of Public Affairs, the complaint alleges that CITGO discharged millions of gallons of waste (slop) oil and oily wastewater from two 10-million-gallon storm surge and wastewater tanks at its treatment facility.

As a result of the spill, approximately 150 miles of shoreline was reportedly polluted, including residential and marsh areas, and was also documented to have killed numerous birds, fish and other aquatic life. In addition, the spill was also reported to have contaminated aquatic and shoreline habitats, forced the closure of a nearby ship channel, and disrupted recreational uses of the impacted river and lakes.

“While oil and gas producers are a major source of employment in Louisiana, they have a sacred obligation to protect our environment and use our resources wisely,” stated U.S. Attorney Alexander C. Van Hook for the Western District of Louisiana. “This settlement sends a clear signal that those who pollute our environment will be held accountable.” 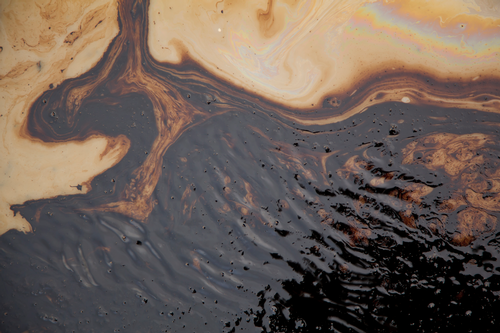 In a previous related Clean Water Act enforcement trial spearheaded by the United States on behalf of the Environmental Protection Agency, the district court determined that the oil and wastewater spill could have been avoided and declared that CITGO’s gross negligence in the operation and maintenance of its wastewater treatment facility and the lack of adequate storage and treatment capacity is what ultimately caused the incident.

Due to CITGO improperly using its tanks to accumulate oil, sludge and oily wastewater at its treatment facility for years, in addition to the lack of proper operations and the inadequate storage and treatment capacity at the facility, the tanks overflowed during a summer rainstorm, spilling at least 54,000 barrels of slop oil (2,268,000 gallons) and untold millions of gallons of oily wastewater.

The slop oil and wastewater breached at the facility’s secondary containment berm around the tanks and flowed into the waterways, including the adjacent Indian Marais waterway, the Calcasieu River and the Calcasieu Estuary.

At the time, the court found that CITGO did “not appear to have recognized the importance of compliance, pollution control, environmental responsibility, and the overall duty imposed on businesses to operate safely.”

Following the incident, CITGO was instructed to conduct corrective actions in order to improve its wastewater treatment facility’s storage and treatment capacity and operations, to pay a state penalty of $3 million to the Louisiana Department of Environmental Quality for the discharge and chronic violations of the company’s discharge permit, and to pay a federal Clean Water Act civil penalty of $81 million. Under a separate criminal plea agreement, CITGO also paid a $13 million criminal fine.

Of the $19,688,149.83 CITGO is required to pay under the consent decree, $19.16 million will go to natural resource damages for the spill. This money will be utilized by federal and state trustees to jointly plan, design, and perform restoration projects to compensate for the negative effects of the oil spill.

The roughly remaining $528,000 is slated to go to the trustees’ remaining unpaid injury assessment costs.

“Oil companies have a responsibility to protect our waters, people, wildlife and diverse habitats from oil spills, and those who violate that duty will be held accountable for the harms they cause,” said Acting Assistant Attorney General Jean E. Williams for the Justice Department’s Environment and Natural Resources Division. “We are glad to work with our federal and state natural resource partners on this major effort to help restore and enhance the environment in Louisiana.”

The designated federal trustees for the natural resources impacted by CITGO’s oil spill are the U.S. Department of Commerce’s National Oceanic and Atmospheric Administration and the U.S Department of the Interior’s Fish and Wildlife Service.

The federal and state trustees have worked together to perform substantial injury assessment work and are engaged in joint restoration planning efforts.

The proposed consent decree is subject to a 30-day public comment period and court review and approval.

Researchers from Imperial College London and the University of Toronto announced the development of a nanocoating designed for commercially available sponges to recover oil from water in May.

The coating is noted to work in temperatures as low as 5 C, providing a new sustainable method for collecting oil from industrial wastewater and oil spills in the Arctic and other ultracold waters.

According to Imperial College, if spilled in cold or ultracold waters, oil becomes much more difficult to extract as it becomes viscous, reducing its flow and even begins to crystalize at 38 C with notable sticky edges. Prior to the study, more traditional practices of oil extraction from these particular situations have been noted to be either energy intensive, costly or ineffective for use with micrometer-sized oil droplets.

In other practices, the oil extraction can even be more harmful to the environment, for instance, extractions that involve reheating the oil for collection risks potential dissolving or even evaporation into the air.

Made up of polyester polyurethane, the sponge is then coated with nanosilicon and capped with paraffin-like, 18-carbon ligands. The surface engineered sponge result is capable of conferring wax-wetting properties.

The research findings have since been published in Science Advances.

Some years prior, in 2014, researchers from Durham University in the United Kingdom announced a new coating that was reported to instantly separate oil from water offers significant promise in cleaning up major oil spills and reducing the massive water demands of fracking.

The coating can yield oil-water mixture separating efficiencies of more than 98%, the scientists say.

The process evokes the Hollywood version of panning for gold. The researchers developed oleophobic-hydrophilic (oil repelling, water attracting) coatings that they then applied to pieces of steel mesh, such as those used in screen doors, according to a research announcement.