“Our aim is to lock a billion tons of CO2 into usable products by 2040,” said Sophia Hamblin Wang, Chief Operating Officer of MCi.

Founded in 2013 after seven years of independent research by founders GreenMag Group and Orica, MCi was awarded $6.08 million in grants from the Australian Commonwealth and NSW Governments. This was then matched by Orica for CO2 emission research.

In 2017, MCi won further Commonwealth Government funding totaling $8.3 million for a program to advance the pilot program towards industrial applications by taking CO2 from raw flue gas as a CO2 capture process path from cement and steel industries as well as fossil fuel energy generators.

The company currently looking to commercialize its technology with other industrial customers and funders. MCi is headquartered in Canberra, Australia, whiles its research and technical facilities are located at the Newcastle Institute for Energy Research where it operates its pilot plant facility.

“We're trying to embed emissions into as much of our everyday life as possible,” Hamblin Wang reported about MCi. “We turn waste into new products. And we aim to do it in a way that makes money.”

“We know that cement is a heavily emitting industry, like four billion tons of CO2 per annum,” Hamblin Wang said. “The industry needs to decarbonize. Our silica products can displace ordinary Portland cement and we're working with giant cement majors on new products.” 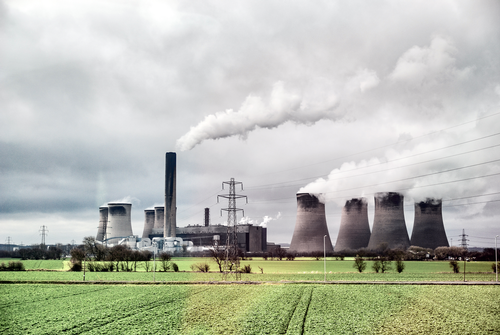 “The minerals absorb the CO2, which effectively gets turned from a gas into a solid,” said Hamblin Wang. “We then process it into myriad materials and products for everyday life.”

The only issue that Hamblin Wang ads about this is that at this time, steel and cement industries don’t have viable decarbonization options.

“The kind of heat that you need in order to make steel, for instance, you just can't get through electrification,” said Hamblin Wang. “These thermal processes don't have pathways [to net-zero]. You will still need metallurgical coal in order to create steel.”

“There are technologies being developed like hydrogen, but it's still looking like it's 20-plus years in the future,” Hamblin Wang added, speaking on other minerals such as nickel, lithium, cobalt and copper. “If we're looking at a gradient to get to net-zero, those industries are the ones that really need help.

“So our real mission is to help with this transition to capturing the emissions, say, of a steel plant's stack pipe and then rendering those emissions not only inert but profitable too.”

Earlier this month, the Morrison Government announced that it would be backing six new carbon capture projects to accelerate the development of the technology in Australia, boosting its role in reducing emissions and supporting new economic opportunities and job creation.

As a result, six companies were awarded a share in the government’s $50 million Carbon Capture, Use and Storage (CCUS) Development Fund. Together, the projects are slated to create close to 470 direct jobs and deliver $412 million of investment, much of this in regional areas.

“Thanks to this partnership with ITOCHU, Japanese organisations will be able to use our technology to lock emissions away for good by transforming their industrial carbon dioxide into solid materials that have numerous practical uses,” said MCi CEO Marcus Dawe.

“Carbon Capture and Utilisation is emerging as a significant technology field that could not only help us remove carbon emissions, but also plays into a new circular economy that addresses both climate change and sustainability goals, and enables users to create value by treating carbon dioxide as a resource and not a waste.”