While coming in a little under Gov. Roy Cooper's goal of reducing carbon emissions 70% below 2005 levels by 2030, the new legislation proposes a 61% reduction by the same timeframe, in addition to keeping a few coal plants running beyond 2027, however retiring several other plants earlier than previously scheduled.

In addition, the legislation outlines that 55% of renewable energy generation is to be owned by Duke and that the remaining 45% will be owned by independent power producers. All entities will perform under a multiyear rate plan, which is expected to reduce legal costs and provide more predictability. 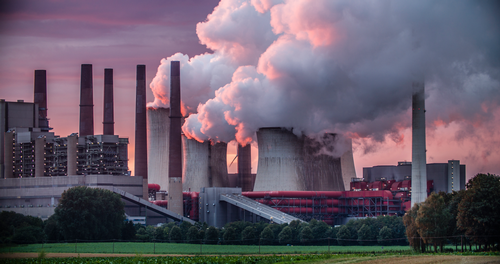 “We consistently hear from our customers that they want their energy to come from cleaner sources and they want Duke Energy to make those investments while keeping energy prices affordable,” said Duke spokesperson Grace Rountree in an email. “With that in mind, we support our state leaders charting a path forward for an orderly energy transition—one that supports communities and helps ensure the continued affordability and reliability our customers depend on.”

To make the switch, the bill plans to retire units 1 and 2 of the Marshall coal plant by 2026, eight years earlier than planned, and replace it with natural gas. The Allen coal plant would also retire a year earlier, in 2023, and would also be converted for renewable energy and storage.

Duke’s Roxboro plant, however, relies on the outcome of the proposed Mountain Valley Pipeline’s Southgate extension. According to reports, the plant could retire in 2027, but would need to tap into the pipeline if it were to successfully convert to into a gas plant.

The remaining Cliffside and Mayo plants will have its alternative fuel plans determined by the utilities Commission at a later time.

“There are multiple goals we’re trying to get to here,” said Rep. John Szoka, a Cumberland County Republican and bill sponsor. Szoka further explained that adding that he didn’t want to pass legislation that emphasizes technology that could be outdated or inefficient in a short period of time.

In addition to these initiatives, the proposed legislation also expands the Competitive Procurement of Renewable Energy law so that other forms of renewable energy, like solar power, could be obtained for Duke’s electric grid through a competitive bid process. The measure would also allow Duke to spend money to pursue a permit to find a locale for a new, smaller “modular” nuclear facility in North Carolina, according to a bill summary from Szoka’s office.

Although some have been reportedly pleased with the bill, Democratic legislators have been voicing concerns throughout meetings with Republican leadership. While further discussions are slated to take place regarding the bill’s possible passing, the legislation has been touted as what could be the largest change to North Carolina’s clean energy policy since 2017.

Moving in an opposing direction, in May, Wyoming announced its intentions to sue other states blocking its exports of coal—an issue that’s resulting in the shutdown of its coal-fired power plants.

At the beginning of April, Republican Gov. Mark Gordon created a $1.2 million fund for the new program. The initiative is reported to be the latest attempt by state leaders to help coal in Wyoming that accounts for the bulk of U.S. coal production, which is down by half since 2008.

The litigation fund follows a 2020 bill which established $1 million for the promotion of Wyoming coal. Through this fund, the state is paying a nonprofit, the Energy Policy Network, $250,000 a year from the fund to contest plans in other states to shut down coal-fired power.

Accounting to about 40% of the nation’s total coal-powered energy, Wyoming’s coal production has been declining since 2008 when utilities began converting to gas—a cheaper alternative in generating electricity. With solar and wind power renewables also on the rise, coal’s share of the U.S. power market has shrunk to less than 20%.

Should a lawsuit be created in wake of the latest legislation, reports indicate that the case would go directly to the U.S. Supreme Court, should the justices agree to hear them. At this time, Pearlman said that the Supreme Court hasn’t decided yet if it would hear the case, but the new legal fund approved resoundingly by the Wyoming Legislature and overseen by Gordon could help cover the cost of that litigation.

Just last year, Wyoming and Montana requested that the Court override a decision by Washington state to deny a permit to build a coal export dock on the Columbia River. The interstate lawsuit followed years of unsuccessful attempts by the dock’s developer, Utah-based Lighthouse Resources, to contest the permit denial in federal court.

While Wyoming Mining Association Executive Director Travis Deti has stated that the association will support all efforts to protect and defend the dwindling industry, University of Maryland environmental law professor Robert Percival argues that the fight for coal could become a waste of money.