An industry report released last month from Billd, a financing firm for commercial subcontractors, has found that, while commercial construction contractors have maintained optimism throughout the COVID-19 pandemic, ongoing cashflow problems will likely prevent many from achieving their business growth goals.

The report, titled “2021 National Subcontractor Market Report: Business Growth & Financing,” surveyed 572 general contractors and subcontractors in commercial construction. Billd notes that many of those surveyed are business owners or executives who have been in business for at least 10 years.

The responses surrounded topics that challenge growth, such as lack of access to capital, inconsistent payment cycles and insufficient length of supplier terms. 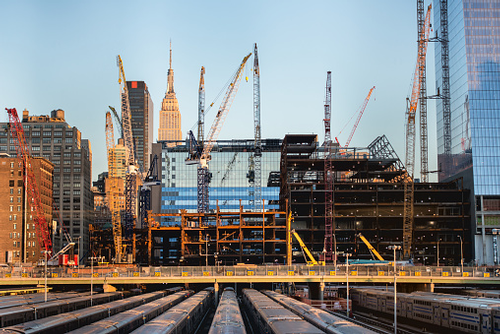 Janifest / Getty Images
An industry report released last month from Billd, a financing firm for commercial subcontractors, has found that, while commercial construction contractors have maintained optimism throughout the COVID-19 pandemic, ongoing cashflow problems will likely prevent many from achieving their business growth goals.

Nearly three-fourths of contractors said they plan to grow their businesses in 2021, however, the data also found that:

Many of the problems seem to step from the way financial institutions regard the industry, according to the report.

"Subcontractors have an incredible entrepreneurial spirit," says Chris Doyle, CEO of Billd. "Unfortunately, traditional banks and lending institutions are hesitant to do business with construction companies due to their perceived risk, which means subcontractors are often undercapitalized and left trying to finance growth with limited free cash flow."

Some other related key takeaways include:

In addition, about approximately 70% (74% and 64%, respectively) of respondents said they were concerned about skilled labor shortages as well as new regulations.

The Billd survey complements other data sets that were released earlier this year, including the first-quarter report from the U.S. Chamber of Commerce Commercial Construction Index has been released, and the data reveals that contractors are growing more optimistic about their outlooks, reportedly driven by a rise in revenue expectations.

In general, 36% of contractors expect their revenue to increase over the next year; this is an 11% jump from just last quarter, Q4 2020. Other notable data points include:

As states, the data confirms that concerns around skilled workers and raw materials prices remain. Some of those numbers include:

Lastly, 58% of contractors say worker health and safety remains the top concern for their business, followed by project delays and shutdowns (50%), fewer projects in general (35%) and building product availability as a whole (33%).

While numbers throughout the pandemic have favored commercial and residential construction, the Associated General Contractors of America released data at the beginning of the year in its “2021 Construction Hiring and Business Outlook Report,” which was based on survey results from more than 1,300 firms from all 50 states and the District of Columbia, found that the majority of contractors expect demand for many types of construction to shrink in 2021.

“The percentage of respondents who expect a market segment to contract exceeds the percentage who expect it to expand—known as the net reading—in 13 of the 16 categories of projects included in the survey,” the association said. “Contractors are most pessimistic about the market for retail construction, which has a net reading of -64%. They are similarly concerned about the markets for lodging and private office construction, which both have a net reading of - 58%.”

Some other net readings include:

While the details of the different subsects of commercial projects remains murky, the National Home Builders Association recently dubbed the residential (more specifically home remodeling) market “more than fully recovered” from the pandemic.

More specifically, over the next two years the NAHB predicts that remodeling spending for owner-occupied, single-family homes will increase 4% this year and another 2% next year.

Other professionals again have noted that demand and backlog remain high, and the biggest factors that are prohibiting the sector to grow more are materials prices and labor shortages.