Global coating supplier Hempel A/S announced at the beginning of June that it had acquired what it calls a "ground-breaking coatings technology" slated to enhance the insulation coatings market.

The technology was obtained by developer Das Lack Enertherm, a German-English company, and was acquired as part of Hempel’s new Double Impact strategy that aims to see the company double its revenue to EUR 3 bn by 2025 and create leadership positions in the Energy segment.

“With this technology acquisition, we are now able to penetrate the insulation coatings market and bring new business opportunities to Hempel,” said Martin Wiese, Head of Protective and Industrial Business. “This is an important next step to support our journey towards segment leadership within Corrosion Under Insulation (CUI), High Heat and Insulation, as well as our Double Impact strategy.” 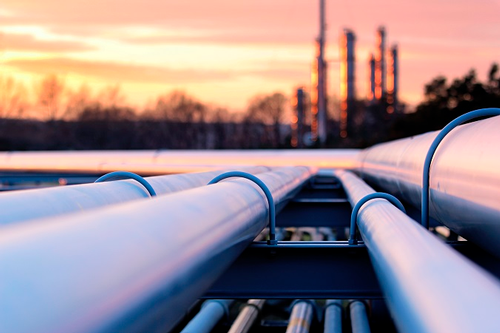 Hempel A/S
Global coating supplier Hempel A/S announced at the beginning of June that it had acquired a ground-breaking coatings technology slated to enhance the insulation coatings market.

With plans to develop and launch coating products with insulating properties within the next year, the new coatings technology is also slated to enhance workers’ safety and lower customers’ environmental footprint.

“Apart from the product properties, our new insulation coatings will also lower our customers’ carbon footprint and will reduce heat loss significantly compared to current insulation coatings—both of which mean we will be helping our customers deliver on their sustainability agendas,” concluded Simon Daly, CUI & High Heat Global Business Development Manager.

Earlier this year, in April, Hempel announced that it had provided protective coatings to the world’s most powerful tidal turbine, Orbital O2 tidal energy turbine. The turbine is slated to operate at the European Marine Energy Centre in the Orkney Islands, United Kingdom, where it is expected to supply enough energy to power around 2,000 homes.

The coatings supply company has been involved in Orbital’s project since its prototype was built in 2015. In addition to supplying high-performance anti-corrosion coatings, Hempel was also noted to have supplied Hempaguard X7 for the O2’s turbine rotor blades. The coating was developed specifically to combat biofouling, such as algae and barnacles, and claims to keep vessel’s hull smooth to reduce drag and lower fuel consumption and associated emissions.

In the month prior, Hempel announced the opening of its new campus which plans to serve as the company’s international headquarters for the Hempel Group. The new research and development facility plans to serve as a hub for international scientists and contribute to accelerating and strengthening Hempel’s development of innovative solutions for the future. The new campus is also part of a key element for its new Double Impact strategy.

The new office building design also focuses on sustainability and plans to be DGNB certified (German environmental label for sustainable architecture). Solar panels have been installed on the roof and more will follow later this year and in 2022. Combined, they are expected to produce 85,000 kWh of electricity per year.

The new campus is located just north of Copenhagen, Denmark, and is the daily workplace for over 350 Hempel employees. Inside the campus consists of offices, meeting rooms, laboratories and test facilities. The campus was designed in 2011 by Årstidernes Arkitekter, now Sweco Architects, with construction launching in 2017. An original office building and test facility is still located on the campus but has plans to receive modern renovations later this year.

The entire campus is expected to reach completion by next year.

Most recently, in May, Hempel announced the signing of a purchase agreement for the acquisition of Farrow & Ball, a luxury decorative paint and wallpaper company. The decision came as another step to doubling its revenue to 3 billion euros by 2025 and supports Hempel’s growth ambitions for the decorative paints segment.

According to the company, Farrow & Ball is based in Dorset, England, has an annual turnover of over 100 million euros, and the goal is to globally grow and expand the company. Hempel is acquiring Farrow & Ball from the Private Equity Group of Ares Management Corporation, a leading global alternative investment manager. The transaction is subject to customary regulatory approval and is expected to close in the second half of 2021.