Trade ministers from the United States, Canada and Mexico met for two days this week for the first time to review the U.S.-Mexico-Canada Agreement, which took effect in July 2020. 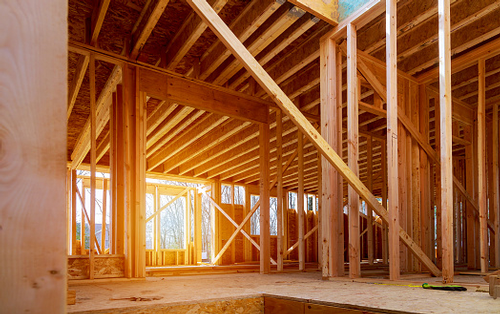 photovs / Getty Images
Trade ministers from the United States, Canada and Mexico met for two days this week for the first time to review the U.S.-Mexico-Canada Agreement, which took effect in July 2020.

"This was primarily an opportunity to take stock of the new agreement, think about how it works, and ... lay out the priorities of the three countries," said a senior U.S. trade official, adding that further high-level meetings would likely take place in coming years.

In Addition to the Meetings

Late last week, the U.S. Department of Commerce issued a preliminary determination in its second review of the softwood lumber imports from Canada and issued a combined anti-subsidy and anti-dumping duty rate of 18.32%. This is an increase from 8.99%.

At the beginning of March, Reps. Jim Costa (D-California) and Jodey Arrington (R-Texas) sent a letter to President Joe Biden and the Department of Justice bringing attention to the building materials prices and supply shortages, urging the administration take action.

The lawmakers used data provide by the NAHB and particularly pointed to the lumber shortage and its impact on the prices of new single-family homes.

“NAHB’s top priority is to find solutions that will ensure a lasting and stable supply of lumber for the home building industry at a competitive price,” the association said in its reporting of the letter. “NAHB is urging the Commerce Department to investigate why lumber production—particularly sawmill output—remains at such low levels during a period of prolonged high demand.”

Costa and Arrington reportedly mirrored and relayed those concerns in their letter.

At the beginning of this year, the “Buy American” policies initially set forth by former President Donald J. Trump got a boost as President Joe Biden signed an executive order aiming at increasing government purchases of American-made products.

The new order mainly reinforces the government procurement and procedure rules, making it harder for federal agencies to purchase imported products or to get an exception to the Buy American rule. In his comments, Biden noted that in 2018 alone, the Defense Department spent $3 billion on foreign construction contracts, “leaving American steel and iron out in the cold.”

Around the same time, a group of several domestic steel industry associations wrote to President Joe Biden, urging him to keep steel tariffs and quotas that were set in place by the Trump administration.