The project is part of an even larger $11.5 billion expansion, which will span over six years and involves new research into treatments of catastrophic childhood diseases.

Reported to be the hospital’s largest strategic expansion in its nearly 60-year history, St. Jude’s Board of Governors adopted the six-year plan in March. The full expansion is expected to be paid for by donors and requires no debt, although, the responsibility ultimately falls on the American Lebanese Syrian Associated Charities (ALSAC).

Serving as the fundraising and awareness organization for St. Jude, the ALSAC works with millions of donors to raise the money to make the mission possible. Private fundraising conducted by ALSAC is the organization’s lifeline because pediatric cancer research typically receives a disproportionately low share of government research dollars.

In partnering with more than 11 million active donors, it is projected that 87% of funds for the project will come from public donations and investment income. Last year, the average donation was approximately $43. 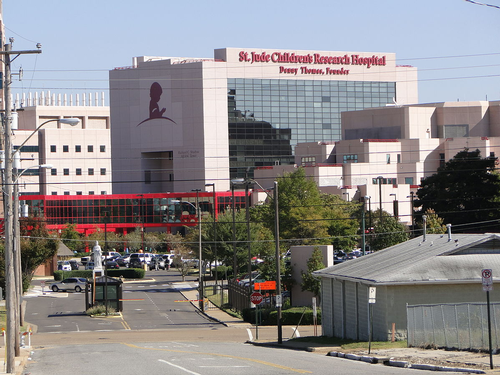 In breaking down the $1.9 billion budget that will stretch from 2022-27, $1.4 billion will be put into “strategic initiatives” while $558 million in capital investments will be put into current facilities on the Memphis campus.

The largest project in the plan is the construction of a new $500 million outpatient clinic and attached doctors’ office buildings. Additionally, two new parking garages will be constructed, and existing cafeteria facilities plan to be expanded.

Another large part of the plan involves the construction of Domino’s Village, which is a $100 million housing complex specifically for St. Jude patients and families. The village is already under construction and includes 140 units, a mixture of long- and short-term residencies, an underground parking garage and exterior courtyard and play area.

Domino’s Village also has a pedestrian bridge which connects the housing complex to the St. Jude campus.

The village is expected to officially open in spring 2023.

Slated to open later this year, construction crews are finishing up a $412 million research tower on the campus as well. Doubling the hospital’s existing research space, the 625,000-square-foot facility stands seven stories tall and includes a glass-walled laboratory space, penthouse and basement. The building is also outfitted with special air-handling and sterility equipment.

Apart from construction, other plan highlights include:

“We are making our biggest (financial) commitment ever—during a pandemic—because our donors have demonstrated their commitment to us,” said Richard C. Shadyac, Jr., CEO of ALSAC. “It’s an incredible display of loyalty and purpose, and the power of people coming together to help the most vulnerable in our society: sick children.”

As a result of the expansion, St. Jude plans to add 1,400 employees, with 70 of them being faculty positions. The hospital also plans to hire a new vice president to direct capital planning and facilities management within the first six months of the 2022 project launch.

Over the course of the ongoing coronavirus pandemic, a variety of field and temporary hospitals were constructed as a means to take on the growing cases.

In December, the Vermont National Guard was tasked with rebuilding a 250-bed field hospital in Essex Junction, Vermont. The structure, which was initially built last April, was taken down in midsummer when cases from the COVID-19 pandemic had leveled in the area.

The site was rebuilt over a long weekend at the end of last month, with a team of 35 crew members working 10-hour shifts to get the structure completed.

The site occupied two wings of the Champlain Expo, with 50-bed pods each separated with a nurse’s station and supply closet. One of the pods is specific for COVID cases, though hospital officials say that the different dimensions of the space is crucial and that it can be used for whatever the hospital needs.

However, late spring is when the majority of the U.S. saw its temporary healthcare facilities completed. In May, Holt Construction announced that it, along with the U.S. Army Corps of Engineers, Bergen County and FEMA, successfully completed a temporary hospital in just 14 days.

Aecom was awarded the contract with the New York City Department of Design and Construction on March 31. While the financials of the deal were not disclosed, Aecom provided construction management, emergency engineering and grant management services for the project.