The U.S. Green Building Council recently announced 15 cities and counties that will comment certification with support of the LEED for Cities Local Government Leadership Program.

The program was launched in 2017, backed by USGBC and the Bank of American, and has reportedly contributed more than $1.75 million to support 56 cities and counties in their pursuit of LEED certification. The program aims to help local governments committed to reducing climate change and advancing resilience and social equity by measuring and tracking performance using the LEED for Cities rating system.

“LEED for Cities helps local leaders create responsible, sustainable and specific plans for natural systems, energy, water, waste, transportation and many other factors that contribute to quality of life,” said Mahesh Ramanujam, President and CEO of USGBC. “These 15 local governments are committed to finding solutions for health, sustainable and high performing, and using LEED as a tool to ensure they are on a path of continuous improvement. Along with our partners at Bank of America, USGBC looks forward to seeing what’s to come as we work to create a better world for everyone.” 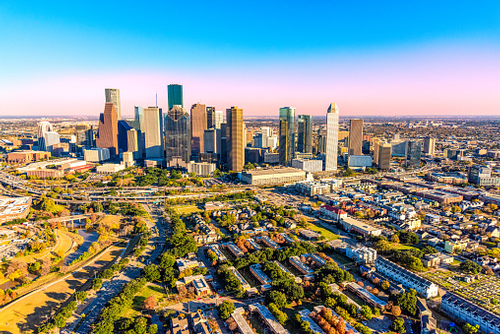 The 15 governments selected for 2021 reportedly represent more than five million Americans. They include:

The USGBC adds that more than 120 cities and communities have achieved LEED certification.

Early in April, the USGBC released the results of its 2021 Community Survey. The survey aims to gather feedback that can be used for USGBC and GBCI program development—it had nearly 1,700 respondents representing 50 countries.

“Health, equity and green building access were cited as key factors for building reentry, and as we begin to come out from the pandemic, this will continue to be a crucial opportunity for the green building industry.”

According to the USGBC, the largest opportunity identified through the survey is a higher consumer demand for buildings to promote a healthy environment for occupants (35%). Other substantial reactions include the connection the general public is making about the impact sustainability has on health and wellness (24%) and the importance of increased monitoring of indoor air quality (22%).

However, while those opportunities were heralded in by the COVID-19 pandemic, so too are the concerns. Atop that list are operations costs, budgets, reduced occupancies, health and safety protocols and remote workforces.

Other findings from the survey include:

“This is a moment of transition for the building industry, and USGBC and GBCI can lead the way by providing guidance on how to navigate the green building industry post-pandemic,” added Ramanujam. “Information and transparency will build trust and confidence as people begin to reenter office spaces, and USGBC and GBCI are here to help. We have increased access to education and community engagement in 2021.”

Prior to that, in early March, the USGBC announced that it is expanding its LEED Earth campaign to homes, communities and cities around the world. LEED Earth is designed to bring LEED to countries where green building is still emerging.

Launched in 2013, LEED Earth has enabled significant global growth of green building, taking LEED from 140 countries to nearly 200 today, according to the Council. LEED Earth’s goal is to incentivize project teams in countries where green building is not as prevalent and encourages them to take steps and adopt better building, construction and operations practices.