In a recent announcement, the U.S. Environmental Protection Agency has released a schedule of upcoming public listening sessions and roundtables regarding its Lead and Copper Rule Revisions.

The meetings have been created to ensure that communities and stakeholders will have the opportunity to provide their perspectives to the agency on protections from lead in drinking water.

“Lower-income communities and communities of color are often disproportionately exposed to lead, which can cause life-long negative effects,” said EPA Administrator Michael S. Regan. “Today, we are inviting these communities and other stakeholders to share their perspectives so that EPA can ensure that its review of the revised Lead and Copper Rule is grounded in their lived experience.”

On Oct. 10, 2019, the EPA proposed a rule amendment that would be the first significant overhaul of the Lead and Copper Rule since 1991. At the time, the proposal both marked Children’s Health Month and acted as a step forward for the Trump administration’s plan to reduce childhood exposure to lead.

The proposal is a holistic rule amendment and was announced by EPA Regional Administrator Mike Stoker during an event in Las Vegas. According to The Washington Post, the EPA’s proposal aims at improving how communities test for lead in drinking water, as well as spurring quicker response times if problems become evident.

The rule amendment pushes to require water systems to act sooner to better public health and reduce lead levels, facilitate transparency and communications, and improve the protection of both children and the most at-risk communities. 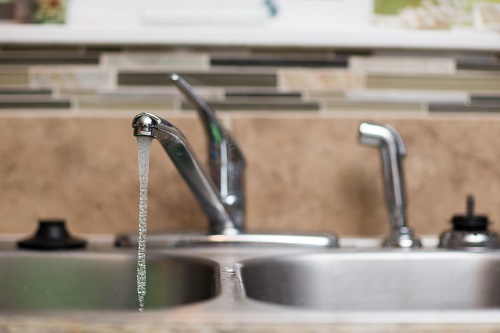 txking / Getty Images
In a recent announcement, the U.S. Environmental Protection Agency has released a schedule of upcoming public listening sessions and roundtables regarding its Lead and Copper Rule Revisions.

At the time of the announcement, the EPA and Department of Housing and Urban Development also launched a new website that offers information on available federal programs geared toward helping finance lead service line replacement. The information also includes case studies pertaining to similar projects.

Most recently, the EPA announced that it would be extending the effective date of the Revised Lead and Copper Rule from March 16 until June 17. The EPA notes that the purpose of the extension is to enable the agency to take public comment on a second action that would provide a longer extension of the effective date.

The action also aims to allow the EPA to undertake its review of the rule in a deliberate and thorough manner consistent with the public health purposes of the Safe Drinking Water Act, President Biden’s Executive Order on Protecting Public Health and the Environment and Restoring Science to Tackle the Climate Crisis, the President’s Chief of Staff’s Regulatory Freeze Pending Review Memorandum, and in consultation with affected stakeholders.

A second action on the rule, however, proposes to extend the effective date until Dec. 16 and also proposes a corresponding extension of the revised LCR’s compliance deadline to Sept. 16, 2024. The EPA notes that this action would ensure that drinking water systems and primacy states continue to have the full three years provided by the Safe Drinking Water Act to take actions needed to assure regulatory compliance.

According to EPA’s release, the virtual public listening sessions will be held on April 28 and May 5 from 10 a.m.-10 p.m., EDT. The goal of public engagement is to obtain further input on EPA’s Lead and Copper Rule Revisions—including from individuals and communities that are most at-risk of exposure to lead in drinking water—and to share thoughts and concerns about the impact of lead on affected communities as they relate to the LCRR with EPA senior officials and managers.

Those interested in speaking at the virtual events may do so by signing up for a 3-minute speaking slot, here.

Starting in May, the EPA will also be hosting community-focused virtual roundtables, which plan to facilitate unique perspective discussions on LCRR-related topics among EPA and local organizations. The topics include local government entities, public water utilities, community-organized groups, environmental groups and elected officials, among others.

Finally, EPA also intends to host a national co-regulator meeting with primacy agencies (e.g., states, tribes, and territories) in July 2021 to discuss the feedback received from communities and stakeholders.

EPA requests that communities or organizations that would like to be considered for a community-focused or stakeholder roundtable submit a nomination letter to the Agency no later than April 23.