Time is running out to submit your vote for this year’s Readers’ Choice Awards, an online event where readers of the Journal of Protective Coatings and Linings determine the year’s best offerings from JPCL.

While voting was originally slated to close on March 15, JPCL Editor-in-Chief Charlie Lange recently extended the voting period in the award program’s fourth consecutive year. Voting will officially close at the end of the day March 31.

“We’ve been thrilled with the voting turnout for the 2020 Readers’ Choice Awards, but we want to make sure every reader has the opportunity to let us know which articles they enjoyed the most over the past year,” said Lange.

“If there’s a JPCL article you found particularly informative or helpful in your line of work this year, this is your chance to recognize those authors.” 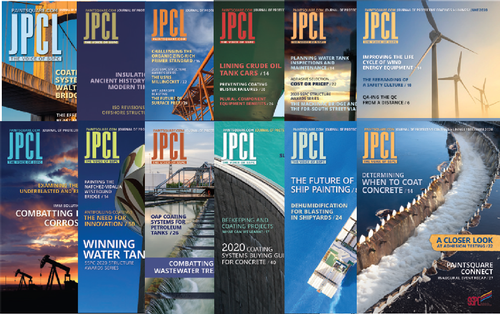 JPCL readers are encouraged to vote for their favorite articles published between August 2019 and December 2020 as to determine the year’s best offerings. The awards are classified in six categories:

The winning articles and authors will be announced in the April JPCL—the inaugural issue of the newly independent JPCL after its longtime publishing partnership with SSPC ends in March. JPCL plans to reintroduce itself at that time, complete with a new look, subscription offers and benefits—including subscriber-only access to the 25-year JPCL digital archive and its wealth of technical information.

“Our contributors are what make JPCL the valued industry resource that it has been for the past 37 years, and we can’t thank them enough for their willingness to share their knowledge and expertise,” Lange added.