A civil engineering assistant professor from the University of Texas at Arlington recently received two grants funded by the U.S. Department of Transportation and the North Central Texas Council of Governments to evaluate and measure the resilience of a variety of infrastructure networks.

“Many public agencies do not have the decision-making framework in place to assess the resilience of their infrastructure and accurately evaluate the cost of damages due to disasters,” said grant recipient, Sharareh (Sherri) Kermanshachi. “This project will develop a decision-support tool and quantitative models that measure the resilience level of transportation infrastructure and recommend the optimum resilience enhancement strategies.”

For the first grant totaling $122,236, Kermanshachi will be teaming up with Jianling Li, professor of planning in the College of Architecture, Planning and Public Affairs, to develop a multi-level dynamic model that measures the resilience level of transportation infrastructure networks in natural disasters.

The grant is funded by the USDOT through the Transportation Consortium of South-Central States (Tran-SET), which is headquartered at Louisiana State University. According to the news release, Tran-SET was first established in 2016 and is a collaborative partnership among 11 institutions, including UT Arlington, across five states. The partnership aims “to address the accelerated deterioration of transportation infrastructure through the development, evaluation and implementation of cutting-edge technologies, novel materials and innovative construction management processes.” 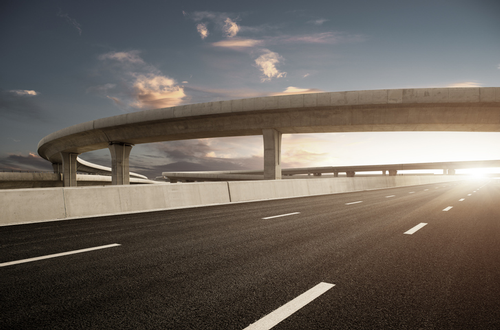 BIN WANG / Getty Images
A civil engineering assistant professor from the University of Texas at Arlington recently received two grants funded by the U.S. Department of Transportation and the North Central Texas Council of Governments to evaluate and measure the resilience of a variety of infrastructure networks.

The second grant totaling $50,000 from NCTCOG involves a vulnerability analysis project, which will be taken on transportation infrastructure across the region. From the analysis findings, Kermanshachi hopes to develop strategies to enhance the resilience of critical infrastructure prior to the occurrence of natural and manmade disasters.

Specifically, she plans to develop a decision-making tool based on the resilience measurement dimensions and identified strategies of the project, as well as create a color-coded vulnerability analysis of transportation infrastructure in North Texas.

“The models and tool resulting from this project will significantly help and guide decision-makers,” Kermanshachi said. “We aim to reduce future damage to transportation infrastructure through accurate measurement of their resilience levels prior to disasters, recommend cost-effective strategies and solutions, and save taxpayer money.”

From these projects, Ali Abolmaali, chair of the UTA Department of Civil Engineering, predicts that Kermanshachi’s work will lead to more durable and longer-lasting infrastructure.

“Materials to rebuild infrastructure following a natural disaster can be astronomical,” Abolmaali said. “This project could give public officials needed information to prioritize the infrastructure resilience enhancement needs.”

Not her first award, recently Kermanshachi was also the recipient of the 2020 Women in Technology Award from the Dallas Business Journal. Previously, she has been selected as a 2019 Rising Stars in Civil + Structural Engineering, in 2018 she received the Design-Build Institute of America Distinguished Leadership Award in the faculty category and was the only faculty recipient of the award for that year.

Outside of bridges, roads and highways, last year, researchers from the University of Michigan, in collaboration with the Great Lakes Water Authority and engineering firm Structural Technologies, launched a pilot project involving infrastructure sensors and innovative lining technologies in hopes to extend the lifespan of water and sewer pipeline systems.

Starting in June 2019, Detroit officials announced that they would be entering a five-year, $500 million replacement program, focused on water and sewer pipes throughout the city. The announcement arrived as the first major upgrade to the infrastructure in roughly 90 years.

However, Detroit isn’t the only city in need of a major overhaul. In fact, the American Society of Civil Engineers estimates the U.S. sees 240,000 water main breaks annually, wasting more than 2 trillion gallons of treated drinking water. The American Water Works Association has also calculated that over the next 25 years, as much as $1 trillion in funding for drinking water will be required to maintain current services and expand them as needed in the nation.

Starting back in August, GLWA crews installed a Structural Technologies-developed lining system inside a block-long section of pipeline a few miles east of Detroit’s main downtown area. Made of cast iron, the pipeline was originally installed in 1913 and is a prime example of what cities around the world are dealing with in terms of aging infrastructure.

The liner installed on the 107-year-old pipeline is made of both steel reinforced polymer and mortar composites, increasing the system’s structural capacity and durability.

While the pilot project is underway, the university reports that line replacement throughout the city—or any city for that matter—is a daunting task, as the action can be affected by service interruptions to traffic foul-ups caused by work along busy streets, or identifying problem areas in a large municipal system section that are key to infrastructure replacement when placed under a short timeline, among other things.

In May, New Zealand officials have announced that it was decommissioning the Whirokino Trestle and Manawatu River Bridge in Foxton to be repurposed for University of Auckland-headed research on seismic activity in infrastructure.

The 1930s Whirokino Trestle and 1940s Manawatu River Bridge span across the Manawatu River and an adjacent floodway on the west coast of the lower North Island of New Zealand and have recently been replaced by the New Zealand Transport Agency.

The design and construction project cost $70 million and was reportedly completed earlier in 2020. Work was carried out by Arup NZ and involved widening roadways and incorporating a ground improvement system comprised of interconnected in-ground (cellular) walls of overlapping concrete columns.

According to the University of Auckland, lecturer Lucas Hogan from the Civil and Environmental Engineering Department has compiled enough seismic research to create what the university calls a “groundbreaking partnership between a multitude of government, academic and corporate organizations.”

With the recent decommission of the 90-year-old bridge, Hogan noted that the infrastructure is a unprecedented opportunity to do “real life” testing on how bridges behave under earthquake circumstances.

The project was funded by the Earthquake Commission (EQC) and QuakeCoRE, carried out in cooperation with bridge-owner Waka Kotahi. Demolition sub-contractors also worked alongside lead contractor Brian Perry Civil—a division of Fletcher—who ensured that the deconstruction program would fit with the research team’s scientific requirements.

While the research project was planned for two years, Hogan and his colleague Max Stephens had to wait until the area’s COVID-19 lockdown was lowered to Level 3 to begin the first phase of research. The first phase involved the installation of monitoring instruments on the bridge as to observe how the structure moves dynamically, reported Hogan.

The project was slated to take place over 10 weeks and in other phases, would involve the removal of sections to test at the University of Auckland. Additional testing on the piles onsite to simulate the stresses of earthquake shaking by pushing and pulling in a controlled manner was also planned.

Also in 2020, in April, researcher Nader Aly, a PhD candidate in the Department of Building, Civil and Environmental Engineering at Concordia’s Gina Cody School of Engineering and Computer Science was exploring options for resilient and sustainable reinforced masonry structural systems in relation to earthquake safety.

Specifically, Aly’s research focused on the structural performance of various masonry components and systems like reinforced concrete and aimed to improve the safety of buildings in seismically active regions throughout Canada.

In reporting on his own work, last year Aly showcased a portion of his research findings at the annual conference of the Canadian Society for Civil Engineering in Laval, Quebec. There, Aly presented testing results of two large-scale reinforced masonry shear walls, which were constructed and tested in the structures laboratory at Concordia—part of the Centre for Structural Safety and Resilience (CSSR).

According to an interview with Aly, the main challenges of his research included the absence of masonry-specific modelling tools, sizing test specimens, testing large-scale specimens under simulated earthquake actions and limited previous studies in relation to testing masonry components and systems.

However, Aly stated that his biggest concern was always ensuring the practicality and applicability of the research findings and adds that he could not have completed the work without the support of his supervisor, Khaled Galal.

Through a combination of using advanced modelling software and the physical rig, Aly aims to find material solutions that would contribute to the safety and well-being of people and society.