At the beginning of the month, the Small Business Administration released new guidance regarding revisions made to the Paycheck Protection Program that intends to make access to the PPP loans more equitable.

The final rule arrives after President Joe Biden announced that his administration would be giving businesses with fewer than 20 employees and sole proprietors exclusive access to the portal from Feb. 24 through March 9.

According to the SBA, the final rule: 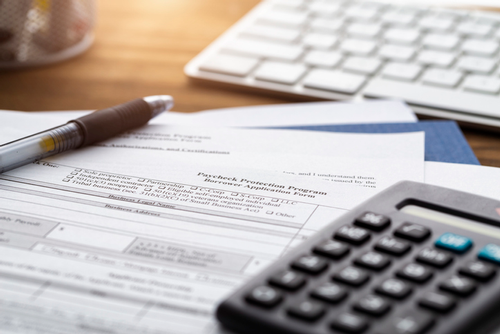 mphillips007 / Getty Images
At the beginning of the month, the Small Business Administration released new guidance regarding revisions made to the Paycheck Protection Program that intends to make access to the PPP loans more equitable.

Through the establishment of the new rule, the Biden Administration envisions that lenders and community partners will have more time to work with the smallest businesses to submit their applications, while also ensuring that larger PPP-eligible businesses have time to apply for and receive support before the program expires at the end of the month.

Other changes to the program include:

In wake of the changes, members of Congress are working to gain bipartisan support for applicants to use the gross income formula to recalculate pre-existing PPP loans. These goals were echoed by a number of professionals from a variety of banks and lenders, in addition to possibly extending the period to apply for a loan.

If the program were extended, David Becker, Chairman, President and CEO of Indiana-based First Internet Bancor told American Banker, “I think it would give everybody an opportunity to reach the businesses that really need the help.”

No loans were granted for amounts requesting more than $2 million, thus far.

To look at the number by industry, the data reveals that loans to construction firms makes up 14% of all funds paid as of Feb. 7. The industry was also listed as a top recipient in the two rounds of PPP issued last year. Additionally, roughly three-quarters of the companies receiving money this round, also received PPP funds last year.

Just like in the previous rounds of PPP, the loans can be used to pay for mortgage interest, rent, utilities, worker protection costs related to COVID-19, uninsured property damage costs caused by looting or vandalism, as well as certain supplier costs and expense for operations.

The full PPP report can be viewed, here.

In addition to loan forgiveness programs, in February, the Internal Revenue Service announced that companies denied forgiveness of the of their Small Business Interruption Loan under the Paycheck Protection Program are eligible for an employee retention tax credit.

The new policy reflects a change that was part of the Taxpayer Certainty and Disaster Tax Relief Act of 2020, which passed in December. Prior to the change, companies couldn't accept credit if they also took a PPP loan. Now, as long as the loan doesn't qualify for forgiveness, firms can apply for the credit.

According to the notice, if an employer received a PPP loan and included wages paid in the second and/or third quarter of 2020 as payroll costs in support of an application to obtain forgiveness of the loan, and the request for forgiveness was denied, they can claim the ERC related to those qualified wages on the fourth quarter 2020 Form 941, Employer's Quarterly Federal Tax Return.

The IRS adds that employers can also report any ERC attributable health expenses that are qualified wages that were not included in the second and/or third quarter Form 491 on the fourth quarter Form 491.