“We’re looking to add more prevention approaches to our systems, which now include education and training, hydration, monitoring atmospheric and ambient heat, and cooling stations.” 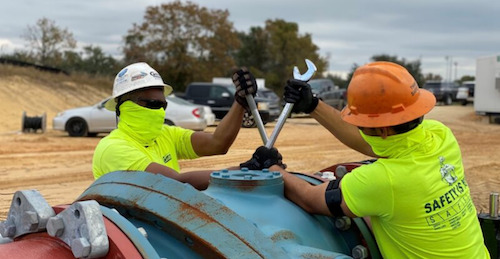 The data is being taken from different kinds of locations, from Arizona to Florida to Colorado, and the data will be gathered to detect patterns and customize heat stress prevention and treatment strategies.

Garney says it has already used the data to adjust break times and educate workers on acclimatization and clothing choices.

Every year, the U.S. Department of Labor’s Occupational Safety and Health Administration issues its annual reminder to employers “of their duty to protect employees from the risks and dangers of heat exposure.”

The message, as usual, emphasizes water, rest and shade, as well as monitoring physical exertion.

OSHA lists the following as ways employers can work to mitigate heat hazards: