Modeled after similar water programs, such as the Clean Water and Drinking Water State Revolving Funds, the new fund program led by FEMA will be eligible for projects intended to protect against wildfires, earthquakes, flooding, storm surges, chemical spills, seepage resulting from chemical spills and floods, and any other event deemed catastrophic by the agency.

The standalone STORM Act includes a $200 million authorization to fund projects, however, that money will not be distributed until 2022. There are spending authorizations for $100 million each in fiscal years 2022 and 2023 in the bill as well. 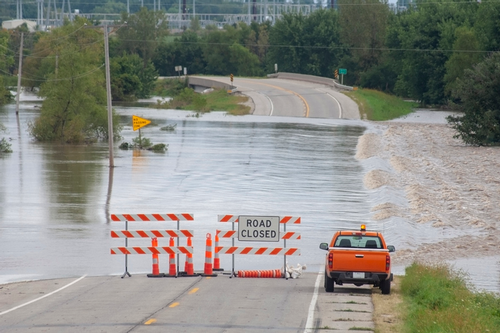 Prior to its signing into law, the STORM Act was approved by both the House and Senate on voice vote the month prior, in December. The Senate has also created a companion bill to the Resilience Revolving Loan Fund Act, which was reported to be one of the American Society of Civil Engineers’ top legislative priorities in the 116th Congress.

The Mississippi River Cities and Towns Initiative, a coalition of 100 mayors from across the Mississippi River corridor in 10 states spanning from Minnesota to Louisiana also worked alongside the U.S. Chamber of Commerce and ASCE to get the bipartisan bill pushed into law.

“Communities know that they need to take the initiative to be proactive rather than reactive in disaster situations,” said Ron Seymour, coordinator of the Capital Investment Program for Red Wing, Minnesota.

“This was especially evident during and after the devastating, long-term Mississippi River flooding and high-water event of 2019. The program would give local governments the ability to implement planned preemptive projects to mitigate future cost impact to local public infrastructure.”

While the low-interest funds will be able to give states, cities and localities flexibility to respond to oncoming disasters, the funds also plan to assist in loan repayments with savings from mitigation projects.

Looking at the numbers, in a 2019 report by the U.S. Government Accountability Agency claimed that there was $183 billion in appropriations for disaster assistance after big disasters over the previous three years. According to the National Oceanic and Atmospheric Administration, the U.S. was impacted by 16 separate billion-dollar disasters in 2020 alone, including 1 drought event, 11 severe storm events, 3 tropical cyclone events, and 1 wildfire event.

Last year also marked the sixth year in which 10 or more separate billion-dollar disaster events impacted the country—costing the economy as much as 8% annually.

Tom Smith, Executive Director of the American Society of Civil Engineers, said in a statement that the law “is an important step towards improving resilience and planning for communities across the country. As civil engineers, we’re thinking about building infrastructure that will last 50 to 100 years or more. The opportunity to build strategically is now.”

Mayor Robert Gallagher of Bettendorf, Iowa, echoed Smith, pointing out that, “If we can get more resilient, we won’t need FEMA as much.” Gallagher also added that in addition to making structures more resilient, the loan funds could also be used in green infrastructure projects such as better water storage on large riverfront developments.

The funding represents 90% Federal share of the $4.1 billion fixed cost estimate for facilities operated by Puerto Rico’s Aqueduct and Sewer Authority and is one of the largest Public Assistance grants in the history of FEMA.

The Bipartisan Budget Act of 2018 included funding for FEMA to support Hurricane Maria (occurring in 2017) response and recovery, as well as language helping FEMA to ensure that Puerto Rico rebuilds its critical lifelines, services, and facilities in accordance with current industry standards.

At the time, the awarded funding was reported to be the largest obligation ever awarded, with the grants exceeding the total Public Assistance funding in any single federally-declared disaster other than Hurricanes Katrina and Sandy.

The funding amount is reported to include a federal share of $11.6 billion for the projects.

Of the awarded grants, $9.6 billion was slated to be used by PREPA for the repair and replacement of thousands of miles of transmission and distribution lines, electrical substations, power generation systems, office buildings, and other grid improvements.

The remaining $2 billion will be received by the Puerto Rico Department of Education and will focus on restoring school buildings and educational facilities across the island.

All critical infrastructure projects are funded under FEMA’s Public Assistance Alternative Procedures, pursuant to Section 428 of the Robert T. Stafford Disaster Relief and Emergency Assistance Act.  The funding method allows Puerto Rican officials to work with FEMA in order to determine how to best meet their recovery needs.

Once the PRASA grant is awarded, Trump’s Administration will have obligated over $40 billion for Puerto Rico’s recovery from Hurricane Maria.