The detailed loan information was released on Dec. 1, following a temporary stay Boasberg granted to the SBA regarding its original Nov. 19 deadline.

In wake of the COVID-19 pandemic, in April, the Small Business Administration released an interim final rule for the PPP, stating that to qualify, businesses must have 500 or fewer employees and fall below the agency’s small business size standards. 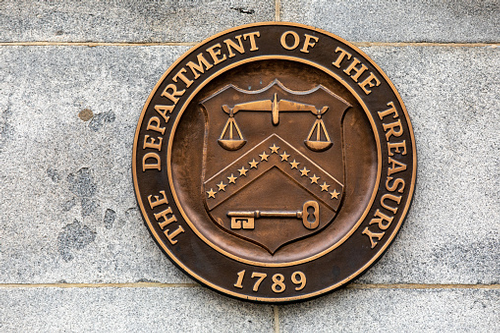 In September, PaintSquare Daily News reported that businesses that received PPP loans during the pandemic could experience higher tax revenues. The concern arrived after the Internal Revenue Service ruled that businesses couldn’t write off tax reductions for wages and rent paid using the forgivable PPP loans as to prevent a “double tax benefit.”

In October, the SBA—in consultation with the U.S. Treasury Department—released a simpler loan forgiveness application for PPP loans amounting to $50,000 or less. The new form arrived as an effort to ease the burden for lenders and small businesses. Approximately $62 billion of the $525 billion in PPP loans that have been issued total $50,000 or less.

Last month, Judge Boasberg of the U.S. District Court for the District of Columbia issued an order to the SBA to release the names and precise loan amounts of all Paycheck Protection Program and Economic Injury Disaster Loan borrower recipients.

As a response to the growing fraudulent borrowing cases, the SBA is expected to release all PPP and EIDL borrower information by Nov. 19, however, that requirement was pushed to Dec. 1, following Boasberg’s rejection for SBA’s request to stay.

The public “maintains an urgent and immediate interest in assessing the results of SBA’s initial effort at administering a massive, small-business relief package and extracting lessons where possible—both to inform a critical, ongoing federal debate and to remedy failures in the loan-disbursement process moving forward,” Boasberg wrote in the order.

Most recently regarding the PPP loans, last week, the Associated General Contractors of American announced that it has filed a lawsuit against the SBA and the Office of Management and Budget in order to block a questionnaire that’s now being used to reassess whether companies were eligible for Paycheck Protection Program loans.

The suit was filed Dec. 8 in the United States District Court for the District of Columbia.

In the complaint, the AGC charges that the way the form was created violates the Paperwork Reduction Act and the Administrative Procedures Act. The AGC is “requesting the court to declare that the questionnaire is arbitrary and capricious, and to declare that the SBA cannot lawfully use the information that the form generates to find a company ineligible for a PPP loan or deny a company’s application for forgiveness of its loan.”

AGC says that the two agencies disregarded the legally mandated process for developing such a questionnaire, mainly that it wasn’t released for a 60-day public comment period and that the two arbitrarily put an emergency label on the survey to bypass the collection process.

The association also noted that the CARES Act (which established the PPP program) only required loan applicants to make a “good faith certification that the uncertainty of current economic conditions makes necessary the loan request….”

The new form attempts to set a means test, a revenue reduction test and a liquidity test that Congress never contemplated, and it focuses on later events that few companies could have predicted when applying, according to AGC.

According to The Washington Post, of the more than 5 million loans released in response to a Freedom of Information Act request and lawsuit, more than half the money provided through the PPP program for small businesses went to just 5% of the recipients.

“The data shows that this program primarily benefited the well-banked and well-lawyered at the expense of the small businesses it was supposed to benefit,” Liz Hempowicz, Director of Public Policy for the nonprofit Project on Government Oversight said.

Countering her statement, Ashley Harrington, federal advocacy director and senior counsel for the Center for Responsible Lending suggested that the disparity could be blamed on the PPP program’s fee structure in the early phases of the program, as the majority of loan distribution was carried out by private banks.

“The fee structure initially incentivized loans to larger businesses because banks could bring in larger fees from those firms,” Harrington said. “Funneling the loans through existing SBA-approved lenders, banks and credit unions disadvantaged businesses of color, which have historically lacked access to credit.”

PPP loan data through Aug. 8 can be downloaded, here.