The Senate Committee on Appropriations released all 12 of its fiscal year 2021 funding measures and subcommittee allocations earlier this month, highlighting $74.8 billion for the transportation, housing, urban development and other related industries.

“By and large, these bills are the product of bipartisan cooperation among members of the committee,” said Sen. Richard Shelby (R-Alabama), Chairman of the Committee, in a statement. “As negotiations with the House begin in earnest, I look forward to working with Chairwoman Lowey, Vice Chairman Leahy, and Ranking Member Granger to resolve our differences in a bipartisan manner.

“Time after time, we have demonstrated our willingness to work together and get the job done. We have before us the opportunity to deliver for the American people once again.”

Starting at the beginning of the year, United States Department of Transportation, Elaine L. Chao announced a Notice of Funding Opportunity totaling $906 million in grants through the Infrastructure for Rebuilding America (INFRA) discretionary grants program.

Established to advance a grant program created through the FAST Act of 2015, INFRA aims to help rebuild aging infrastructure in America by offering applications for financial assistance from the federal government. 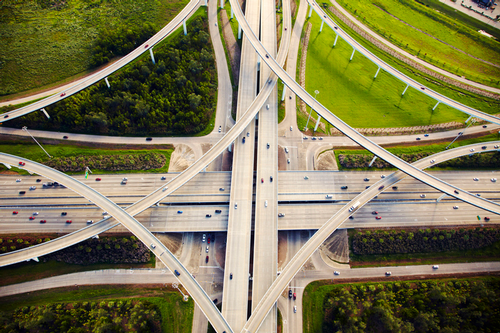 Thomas Northcut / Getty Images
The Senate Committee on Appropriations released all 12 of its fiscal year 2021 funding measures and subcommittee allocations earlier this month, highlighting $74.8 billion for the transportation, housing, urban development, and other related industries.

At the time of the announcement, the Department reported that it planned to award at least 25% of INFRA grant funding to rural projects involving highway and multimodal freight projects that have a national or regional economic significance. Another 10% of the funding was reserved for small projects, which if awarded, would receive at least $5 million. The rest of the available funding was slated to be split up between large projects, which were expected to receive a minimum of $25 million per awarded project.

In June, the U.S. House Democrats introduced a $1.5 trillion infrastructure bill, the Moving Forward Act, calling for an increase in funding for road and bridge repairs, in addition to funding for clean drinking water.

The bill aimed at providing:

Although the plan was ready to move forward for voting prior to the July 4 recess, Democrats hadn’t yet outlined how the bill will be paid for. House Speaker Pelosi (D-California) has pointed out though, that with the Federal Reserve approval to keep interest rates near zero, “there's never been a better time for us to go big.”

According to the FHWA, the Fixing America’s Surface Transportation Act established the NSFLTP Program to provide funding for the construction, reconstruction or rehabilitation of transportation projects providing access to or located on federal or tribal lands.

Under the program, the federal share of a project can be up to 90% and can be used to improve the condition of a critical transportation facility. Large-scale projects with estimated construction costs of $50 million or more are given priority consideration for selection, but the program accepts projects with estimated construction costs of at least $25 million.

And last month, three years after Hurricane Maria destroyed Puerto Rico’s electrical grid, the Trump administration announced that it had awarded two of its largest infrastructure grants, totaling almost $13 billion, to the U.S. territory through the Federal Emergency Management Administration.

The funding amount was reported to include a federal share of $11.6 billion for the projects.

Of the awarded grants, $9.6 billion is slated to be used by PREPA for the repair and replacement of thousands of miles of transmission and distribution lines, electrical substations, power generation systems, office buildings and other grid improvements.

The remaining $2 billion will be received by the Puerto Rico Department of Education and will focus on restoring school buildings and educational facilities across the island. The money will also be used as part of PREPA’s recently approved five-year plan, according to Morten Lund, partner at Stoel Rives LLP and chair of the firm's energy storage initiative.

Since the devasting storm of Hurricane Maria, the federal government has obligated approximately $26 billion for Puerto Rico’s recovery.

In the wake of COVID-19, legislators are looking at infrastructure as a means to aid in the recovery of the nation’s economy. Announced on Nov. 10, the Senate Committee on Appropriations reports that the funding measures are paving the way for negotiations to begin with the House of Representatives.

However, The Wall Street Journal reports that President-elect Joe Biden has also proposed a similar $2 trillion plan to the one House Democrats announced over the summer, funding transportation infrastructure as part of his efforts to combat climate change. Biden’s plan includes a major overhaul to the energy grid, retrofitting buildings and conducting research, which he says are expected to provide long-term gains.

“These are the kinds of investments that will strengthen our economic competitiveness and create millions of jobs, union jobs,” said Biden.

In addition to Biden’s version of infrastructure funding, another coronavirus relief bill is also being discussed, having been postponed for months.

Although, looking at the most recent plan for funding at hand, the committee believes the FY 2021 will advance process and hopefully, produce bipartisan results.

In total, the DOT is slated to receive $25.7 billion in discretionary budget authority and $61.3 billion in obligation limitation. Bill highlights regarding the agencies can be viewed, here.