The technologies are expected to be used on the Moon and beyond through the Space Technology Mission Directorate’s 2020 Announcement of Collaboration Opportunity. The selected proposals are relevant to technology topic areas outlined in the solicitation, including cryogenic fluid management and propulsion; advanced propulsion; sustainable power; in-situ propellant and consumable production; intelligent/resilient systems and advanced robotics; advanced materials and structures; entry, descent, and landing; and small spacecraft technologies. 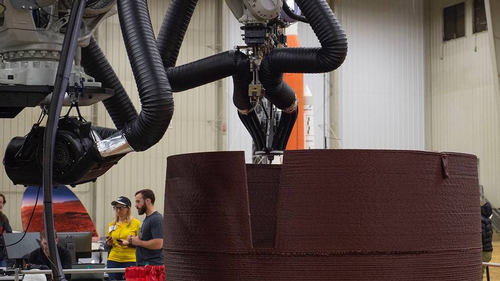 “Space technology development doesn’t happen in a vacuum,” said Jim Reuter, the associate administrator for NASA’s Space Technology Mission Directorate (STMD), which made the selections and will manage the partnerships. “Whether companies are pursuing space ventures of their own or maturing cutting-edge systems to one day offer a new service to NASA, the agency is dedicated to helping bring new capabilities to market for our mutual benefit.”

Various NASA centers will work with the selected companies to provide expertise and access to the agency’s unique testing facilities and through their partnerships, aim to accelerate the development of emerging space capabilities.

The selected companies include:

The selections will result in unfunded Space Act Agreements between the companies and NASA. The period of performance will be negotiated for each agreement, with an expected duration of between 12 and 24 months. The total estimated value of agency resources to support the agreements is approximately $15.5 million.

A full description of proposals can be viewed here.

In additional to the selected proposals, NASA also recently announced that Drake State Community and Technical College would be helping to research 3D-printing technologies that will help prepare for sustainable Artemis operations on the moon by the end of the decade (and for future human missions to Mars).

The research team that will test the 3D-printed concrete structures consists of students, instructors and administrators from the college’s Engineering Design program.

As part of the project, the research team will collaborate with ICON, an innovative 3D printing construction company in Austin, that is working with NASA on early research and development of a space-based construction system that could support future exploration of the Moon and Mars. Additionally, instructors in the Engineering Design program will develop curriculum related to the research project and add the specialty classes to the college’s course catalog.