The contest is expected to consider input from more than five universities and companies doing anticorrosion research as part of their participation in the competition.

"Corrosion is a big issue for the Navy and combat systems because it's so aggressive in the marine environment,” said Armen Kvryan, lead materials engineer at NSWC PHD. “With these assets, corrosion happens quicker than what we anticipate, and (once affected), the asset either stops working properly or stops working altogether." 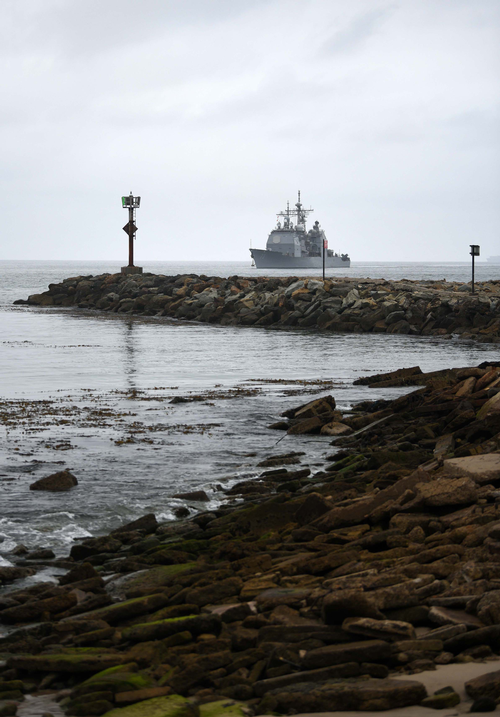 According to Popular Mechanics, rust typically costs the U.S. Navy about $3 billion a year, or roughly $10.2 million per ship in its fleet of over 293.

"I'm doing this competition for a specific Navy application which needs a coating that can resist corrosion in extreme environments," Kvryan said. “"Corrosion is so important to the Navy because ships travel on and are exposed to salt water all the time; plus, water splashes onto the top of the deck, and that’s a problem because salt accelerates rust, and we don't want rusty ships.”

Over the course of the competition, different coatings will be tested on performance in simulated oceanic conditions that replicate what Naval ships experience. Testing will involve conducting the ASTM International's B117 salt fog testing, which according to Jay Ong, head of the corrosion and coatings engineering branch for NSWC CD, will provide information on how well the coated metals resist corrosion.

“I think one of the aspects about corrosion control for the Navy that is often lost on people is that we expect much more out of our coating systems than commercial industry,” Ong said. "We might need to get triple the amount of service life out of a coating for it to be viable than what the commercial industry needs, which changes the playing field rather substantially."

However, Matter Labs Chief Executive Officer Bryan Went adds that the competition will test other conditions against the developing coatings, including anti-heat, and the ability to harden materials to handle aesthetic weather like heat and cold in later tracks.

"My goal is to find the best solution for the Navy and the Port of Hueneme, as well as provide an opportunity for people to demonstrate their abilities, and then they can decide what works best for them," Went said.

In the next few months, Kvryan intends to have final test results from Rust-A-Thon and will explain to participants how their products performed. Following the commencement of the competition, Kvryan and his group will consider what product could become a potential solution for protecting Navy ships from corrosion.

"We at PHD's Office of Technology materials team are constantly supporting different line codes and departments, and we try to do as much outreach to the community as possible, so we know what is around us and their capabilities," Kvryan said. "This helps us to make that connection between research, innovation and development, and bridge that transition to the fleet and support the warfighter directly."

Earlier this year, the U.S. Navy began exploring the use of a new digital software to help combat shipboard repairs and maintenance services.

The use of the technology rises two years after the NSWC PHD signed a Cooperative Research and Development Agreement with unmanned aerial systems company, Aerial Alchemy. Through the agreement, the team has been researching how digital twins can be used and began by producing a digital twin of the research vessel “Independence” in addition to other ships in the U.S.S. Theodore Roosevelt strike group.

Prior to the agreement, the Navy was still commonly using the Consolidated Afloat Networks and Enterprise Services program, which aims to move all its ships toward a common IT baseline. However, because every ship is different, the move to a digital twin approach has developers exploring more accurate models of vessels in a real-world network at any particular point in time.