In an effort to aid the global power industry’s transition to lower carbon emissions, and in some cases zero-carbon energy goals, engineering and construction company Black & Veatch (Overland Park, Kansas) has announced that it will be ceasing participation in any further coal-based power design and construction.

“The transition away from any coal-related activity is about our commitment as a company to sustainability and accelerating our efforts to lead the emerging carbon-free energy future,” said Steve Edwards, CEO of Black & Veatch.

The announcement arrives after a decade of increasing the company’s focus on advancing renewable energy and energy storage technologies, as well as furthering the deployment of hydrogen as a carbon-free fuel and advanced technologies for carbon capture. 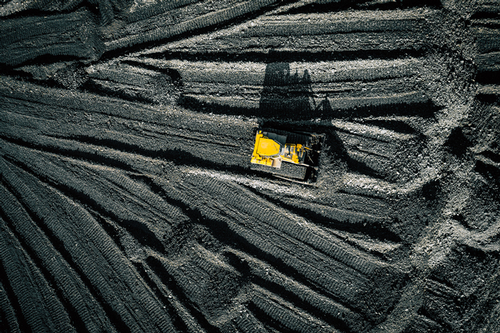 mariusz_prusaczyk / Getty Images
In an effort to aid the global power industry’s transition to lower carbon emissions, and in some cases zero-carbon energy goals, engineering and construction company Black & Veatch (Overland Park, Kansas) has announced that it will be ceasing participation in any further coal-based power design and construction.

Black & Veatch also reports that it is investing in grid modernization solutions to accommodate a more diverse power generation landscape of base load and intermittent sources.

“At the same time the industry wrestles with its transformation, global communities continue to have demand for safe, reliable and cost-effective power,” added Mario Azar, President of Black & Veatch’s Power business. “These forces create a delicate balance that requires deep engineering and technology expertise to help guide the complex transition of power generation and delivery infrastructure.”

Regarding its recent decision, Black & Veatch reports that it will still continue to fulfill its current project commitments, which are slated to reach completion in the coming months, but also plans to support its clients through their own transitions and decarbonization and sustainability goals to a balanced energy portfolio with cleaner energy sources.

The decision to cease participation in coal-based power design and construction is slated to allow the company’s workforce to accelerate solution development for transforming the industry and minimizing the impact of coal power assets to the environment.

A full plan regarding Black & Veatch’s pursuit of a lower-carbon footprint and renewable energy integration can be viewed in its 2020 Strategic Directions: Electric Report.

Last year, global coating supplier Hempel announced that it had joined the Getting to Zero Coalition, a strategy adopted by the International Maritime Organization to reduce greenhouse gas emissions. Developed in 2018, the plan involves reducing greenhouse gas emissions associated with shipping by at least 50% by 2050, in comparison with 2008 levels.

In becoming a stakeholder in a partnership made up of the Global Maritime Forum, the Friends of Ocean Action and the World Economic Forum, Hempel officially committed to aiding in the development of commercially viable zero-emission vessels with operations along deep-sea trade routes by 2030.

To reach its 2030 goal, the Getting to Zero Coalition also plans to work with individuals from maritime, energy and other related industries, along with academics and policy makers. The collection of efforts intends to identify the proper technology, investments, infrastructure and actions needed to get ZEVs in full operation.

By December, clean energy company Heliogen announced that it had concentrated solar energy to exceed temperatures greater than 1,000 degrees Celsius, claiming that it could use the technology to replace the use of fossil fuels for industrial purposes, such as the production of cement, steel and petrochemicals.

Heliogen, with its team of scientists and engineers, is working with Parsons Corporation, which is involved in the defense, intelligence and critical infrastructure markets. The firm says it was able to achieve this through its computer vision software to “to hyper-accurately align a large array of mirrors to reflect sunlight to a single target.”

The company is backed by investors such as Bill Gates, who says that the technology is vital to a zero-carbon breakthrough.

Earlier this year in March, global coatings company AkzoNobel released what it’s calling “the first in a series of ambitions” that are looking at the company’s fresh focus on achieving zero waste and cutting carbon emissions in half by 2030.

The two key ambitions and their related targets are the first in a wave of measures and focus on the “planet” element of the company’s new “People. Planet. Paint.” approach to sustainability, the company says.

The company is currently on track to have zero waste to landfill by the end of 2020, while renewable electricity is already in use at 33 locations and eight countries. Solar panels have also been installed at 14 locations, and the company has reduced its waste by 40% in the last eight years, while total VOC emissions fell by 24% in 2019.

At the time of the announcement, Long Ridge reported that it has engaged engineering firm Black & Veatch to assist with developing plans for the plant integration for hydrogen blending and to ensure safe and reliable industrial practices.

Using the GE 7HA.02 combustion turbine, the plant will ba able to burn between 15-20% hydrogen by volume in the gas stream intially, but will have the capability to transition to 100% hydrogen over time.

Once the plant has transitioned, Long Ridge notes that it has access to nearby industrial byproduct hydrogen for initial testing, in addition to access to water from the Ohio River when the production of green hydrogen with electrolysis intends to begin. Over time, below ground salt formations will also be able to be used for large-scale hydrogen storage.