One day after the closing of the Federal Aviation Administration’s three-year Unmanned Aircraft System Integration Pilot Program on Oct. 25, the Administration announced the launch of a new program called BEYOND.

The new initiative is slated to continue the partnerships and progress it made under the IPP and will continue to address remaining challenges currently keeping unmanned aircraft systems from being fully integrated into the national airspace system.

Launched in 2017, the UAS IPP program has brought state, local, and tribal governments together with private sector entities, such as UAS operators or manufacturers, to test and evaluate the integration of civil and public drone operations. 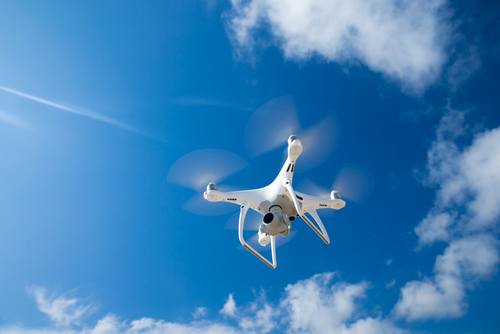 Pakhnyushchyy / Getty Images
One day after the closing of the Federal Aviation Administration’s three-year Unmanned Aircraft System Integration Pilot Program on Oct. 25, the Administration announced the launch of a new program called BEYOND.

According to reports, the program was created to assist the U.S. Department of Transportation and the FAA develop rules supporting more complex low-altitude operations by:

Over the course of the program, IPP Lead Participants evaluated a host of operational concepts, including night operations, flights over people and beyond the pilot's line of sight, package delivery, detect-and-avoid technologies and the reliability and security of data links between pilot and aircraft.

However, the program also opened immediate opportunities in fields including commerce, photography, emergency management, and infrastructure inspections, among others.

According to FAA, “The program has created a meaningful dialogue on the balance between local and national interests related to drone integration, and provide actionable information to the USDOT on expanded and universal integration of drones into the National Airspace System.”

In continuing the efforts made by the UAS IPP program, on Oct. 26 the FAA launched its BEYOND program to tackle remaining challenges faced by the Administration.

“Now, the BEYOND program will build upon this success, tackling the next big challenges facing drone integration. The Trump Administration remains committed to the safe and innovative development of drone technologies for the benefit of the American people.”

The remaining challenges faced in incorporating UAS into the airspace system include:

Additionally, the new program plans to focus on operating under established rules rather than waivers, collecting data to develop performance-based standards, collecting and addressing community feedback and understanding the societal and community benefits, and to streamline the approval processes for UAS integration.

The FAA reports that the BEYOND program will continue working within eight of the nine IPP participating partnerships, including:

In January 2019, the U.S. Department of Labor’s Occupational Safety and Health Administration announced that they had granted inspectors the authorized use of drones for workplace inspections. However, it was unclear whether OSHA would consider permission from the general contractor sufficient or if consent will be necessary from all on-site contractors.

The memo also mandates each of the agency’s regions to designate a staff member as a drone manager, which would oversee training requirements and evaluate reports submitted by the drone teams. (Three-member flight teams are also required.)

The team must also include a “visual observer,” who is basically the compliance officer conducting the inspection, and a safety monitor. Last, the memo requires crews to follow TAA requirements, which mandate that the pilot must have passed an FAA test and be certified by the FAA.

A few months later in August, the FAA issued a Certificate of Waiver to Greenly, Colorado-based general contracting company Hensel Phelps for the certified use of parachute-equipped drones on populated construction sites.

The waiver was the first of its kind to be issued in the United States.

According to the FAA, the Code of Federal Regulations 14, Section 107.39 restricts any small Unmanned Aircraft Systems or drones to operate over human beings. The regulation, also referred to as Part 107, was issued in 2016, but included that operators could apply for exceptions to the rules.

During that time, Nancy Egan, general counsel at Wing—and formerly of 3D Robotics—predicted that operations over people would be one of the most requested waivers.

In confirming her predictions, Hensel Phelps introduced the ParaZero SafeAir Parachute System to the Administration, resulting in a collaboration between the two that lasted a little more than a year to ensure all safety concerns were put to rest.

Registered as compliant with ASTM F3322-18, Standard Specification for sUAS Parachutes, the system sets a precedent for other operators interested in these types of operations.

Although, the FAA did not specifically certify or approve the parachute Hensel Phelps plans on using, the administration explains that the company’s waiver application sufficiently met standard design specifications and that the use of drones would be safely conducted under the terms and conditions of the waiver.

Applicants who are interested in receiving similar waivers from the FAA will be required to go through the same application process as Hensel, which requires proof of various testing, documentation and a statement of compliance under ASTM F3322-18.