A new report listing the 25 most dangerous jobs was recently released by business insurance analysis firm AdivsorSmith. Of that list, 12 of the 25 jobs are in the construction industry.

The study examined 263 professions with employment of at least 50,000 workers nationwide and used data from the U.S. Bureau of Labor Statistics, which conducts a Census of Fatal Occupational Injuries that calculate workplace fatalities by occupation every year.

“To calculate the fatal injury rate, we took the number of fatalities divided by the number of jobs in a given occupation for a given year,” the report reads.

“We normalized the fatality rate per 100,000 workers in order to compare professions with differing levels of employment. To calculate the fatal injury rate, we took the average of the rate for 2014-2018 to reduce the impact of single-year anomalies in the fatal injury data.”

The firm notes that on-the-job deaths have been rising in recent years, from 4,821 in 2014 to 5,250 deaths in 2018, an increase of 9% over the five-year period. However, the rate of deaths adjusted for employment has only risen approximately 2.2% over the same period, as a previously improving economy led to additional employment. In 2018, the average fatality rate among all jobs was 3.4 per 100,000 workers. 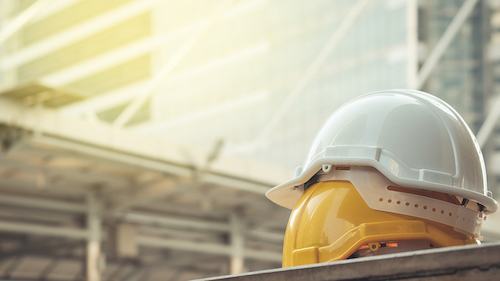 © iStock.com / flukyfluky
A new report listing the 25 most dangerous jobs was recently released by business insurance analysis firm AdivsorSmith. Of that list, 12 of the 25 jobs are in the construction industry.

Additionally, the study found that many of the workers in the most dangerous jobs earn salaries that are below the May 2019 annual mean wage of $53,490, and companies that hire workers with dangerous jobs typically have workers’ compensation insurance premiums that are higher than average.

The top 25 list is ranked by the fatal injury rate per 100,000 workers (not just the total number of deaths in a year). The list includes:

Most common fatal accidents included transportation incidents; falls, slips and trips; violence and other injuries by persons or animals; contact with objects and equipment; and exposure to harmful substances or environments.

In January, the Bureau released its annual report for 2018, and noted that the fatal work injury rate remained unchanged from 2017 at 3.5 per 100,000 full-time equivalent workers.

Some of the key findings from that data included:

The Occupational Safety and Health Administration released a statement commenting on the findings shortly after the report was released, and first focused on the suicide rate.

“Suicide at work, which increased by 11% in 2018, is also a tragic public health problem that can have lasting harmful effects on families, workplaces, and communities,” the administration said. “OSHA created a new webpage with free and confidential resources to help identify the warning signs of suicide and to help users know who and how to call for help.

OSHA credited the decline in fatal falls to enforcement efforts, saying that they helped “abated more than 7,000 fall-related hazards in the construction industry.

“OSHA will continue to use BLS data for enforcement targeting within its jurisdiction to help prevent tragedies,” said Principal Deputy Assistant Secretary of Occupational Safety and Health Loren Sweatt.

“Inspections for OSHA were up, and we will work with state plans so employers and workers can find compliance assistance tools in many forms or call the agency to report unsafe working conditions. Any fatality is one too many.”

Some more numbers from that report included: