On Friday (Sept. 25), the U.S. Court of Appeals for the District of Columbia reversed a lower court’s dismissal of House of Democrats’ lawsuit challenging the Trump administration’s authority to use Defense Department funds for construction of the U.S.-Mexico border wall. 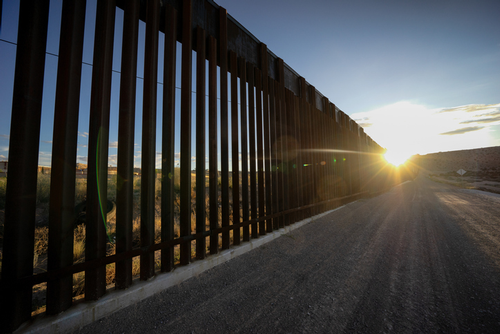 grandriver / Getty Images
On Friday (Sept. 25), the U.S. Court of Appeals for the District of Columbia reversed a lower court’s dismissal of a House of Democrats’ lawsuit challenging the Trump administration’s  authority to use Defense Department funds for construction of the U.S.-Mexico border wall.

Most recently, in June, the Ninth Circuit Court of Appeals ruled that Trump wouldn’t be permitted to divert $2.5 billion of military funds to the construction of the wall, as the action was considered an attempt by the president to skirt Congress.

Even though the funds were transferred under a declaration of national emergency, Chief Judge Sidney R. Thomas penned the ruling, proclaiming that the action was a violation of the Appropriations Clause and therefore considered “unlawful.”

In a 3-0 decision, the appeals court issued a decision permitting Democrats in Congress to challenge Trump’s use of military funds for the construction of the border wall.

Congress' power to appropriate spending “is a core structural protection of the Constitution—a wall, so to speak, between the branches of government that prevents encroachment of the House’s and Senate’s power of the purse,” the panel wrote.

While neither the White House nor the Justice Department has responded to reporters’ requests for comment, the lawsuit is slated to return to the court of McFadden.