Late last month, the National Institute for Occupational Safety and Health—part of the Centers for Disease Control and Prevention—released guidance on counterfeit respirators.

NIOSH said that counterfeit respirators are being sold in the U.S. and that the models might not be providing appropriate respiratory protection.

NIOSH noted a few things to look for when verifying respirators.

“NIOSH-approved respirators have an approval label on or within the packaging of the respirator (i.e. on the box itself and/or within the users’ instructions),” NIOSH said. “Additionally, an abbreviated approval is on the FFR itself. You can verify the approval number on the NIOSH Certified Equipment List or the NIOSH Trusted-Source page to determine if the respirator has been approved by NIOSH. NIOSH-approved FFRs will always have one the following designations: N95, N99, N100, R95, R99, R100, P95, P99, P100.” 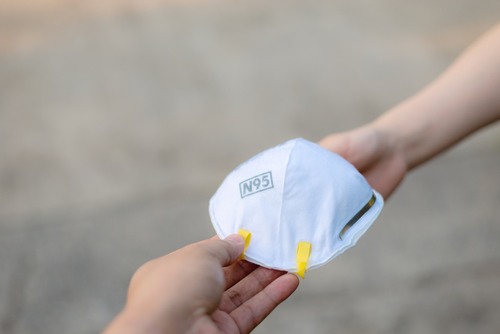 AnanR2107 / Getty Images
Late last month, the National Institute for Occupational Safety and Health—part of the Centers for Disease Control and Prevention—released guidance on counterfeit respirators.

Signs that a respirator could be counterfeit include:

Several examples are listed here and NIOSH says that as it becomes aware of more counterfeit respirators or items misrepresenting NIOSH approval, it will post the information there as well.

“Due to the impact on workplace conditions caused by limited supplies of N95 FFRs, employers should reassess their engineering controls, work practices and administrative controls to identify any changes they can make to decrease the need for N95 respirators,” said OSHA in the news release at the time.

If respiratory protection must be used, employers are to consider use of alternative classes of respirators that provide equal or greater protection compared to an N95 FFR, such as National Institute for Occupational Safety and Health-approved, non-disposable, elastomeric respirators or powered, air-purifying respirators.

If alternatives are not available, or when their use creates an additional safety or health hazard, employers are to consider the extended use or reuse of N95 FFRs or new N95 FFRs that were approved but have passed the manufacturer’s recommended shelf life.

Then, in May, OSHA issued further interim enforcement guidance on the reusing of disposable N95 FFRs. That guidance focused more on how to decontaminate the FFRs.

In that guidance, it cited NIOSH, which identified available research that suggests the following methods for decontaminating FFRs:

OSHA also listed methods that are not considered acceptable at this time:

“Employers should investigate the effectiveness of any particular decontamination method used for the specific filtering facepiece respirator model to be decontaminated,” OSHA noted.

Those guidelines remain in effect until further notice.