US to Reinstate Canada's Aluminum Tariffs

Canada, then, announced shortly after that it will impose tariffs on $2.7 billion worth of imports form the U.S. in response. 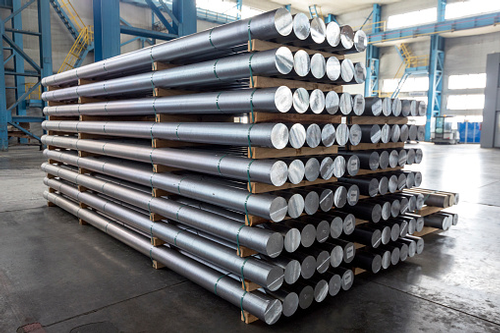 At the beginning of this year, Trump announced an expansion of tariffs on foreign steel and aluminum, claiming that the existing tariffs were not as successful as he’d hoped in restoring American production.

The expansion covered products made of steel and aluminum, such as nails, tacks, staples, cables, certain types of wire, bumpers, and various car and tractor parts, among others.

Under the new program, specific products made of aluminum will be subject to an additional 10% duty and certain steel products will be tacked with a 25% tariff. However, Argentina, Australia, Canada (at the time) and Mexico were exempt from the expanded aluminum tariffs. Those countries, along with Brazil and South Korea, are also exempt from the new steel tariffs.

In the recounting of the events in Trump’s recent proclamation, he says: “The Secretary has now advised me that imports of non-alloyed unwrought aluminum from Canada, which accounted for 59% of total aluminum imports from Canada during June 2019 through May 2020, increased substantially in the 12 months following my decision to exclude, on a long-term basis, Canada from the tariff proclaimed in Proclamation 9704.

“Imports of non-alloyed unwrought aluminum from Canada during June 2019 through May 2020 increased 87% compared to the prior twelve-month period and exceeded the volume of any full calendar year in the previous decade. Moreover, imports of these articles from Canada continue to increase, reaching in June of this year the highest level of any month since I decided to adjust imports of aluminum articles in Proclamation 9704. The increase in imports of these articles from Canada is principally responsible for the 27% increase in total aluminum imports from Canada during June 2019 through May 2020.”

Therefore, Trump concluded “that the measures agreed upon with Canada are not providing an effective alternative means to address the threatened impairment to our national security from imports of aluminum from Canada. Thus, I have determined that it is necessary and appropriate to re-impose the 10% ad valorem tariff proclaimed in Proclamation 9704, as amended, on imports of non-alloyed unwrought aluminum articles from Canada, commensurate with the tariff imposed on such articles imported from most countries.”

“Canadian aluminum does not undermine U.S. national security. Canadian aluminum strengthens U.S. national security and has done so for decades through unparalleled cooperation between our two countries. Canada is a reliable supplier of aluminum for American value-added manufacturers. Aluminum trade between Canada and the U.S. has long been mutually beneficial economically for both countries, making the North American aluminum industry as a whole more competitive around the world.

“In the time of a global pandemic and an economic crisis, the last thing Canadian and American workers need is new tariffs that will raise costs for manufacturers and consumers, impede the free flow of trade, and hurt provincial and state economies.”

Freeland concluded with the announcement that Canada will impose “dollar-for-dollar” countermeasures.

Reactions to the tariffs are mixed, though the Aluminum Association penned a letter in late June in opposition to any plan to impose tariffs or quotas on aluminum imports from Canada.