Data: $9.6B in Infrastructure Projects are Delayed

The review has found that currently, $9.6 billion worth of projects have been delayed or canceled.

“While many projects continue as transportation construction is deemed essential, state and local governments and transportation authorities are beginning to feel the strain of declining revenues related to user fees and the overall slowdown in economic activity,” the ARTBA said.

“The immediate economic impact and potential job losses are difficult to quantify at this time, but each $1 billion in transportation construction investment supports an average of 13,000 jobs throughout all sectors of the economy, according to the Federal Highway Administration.” 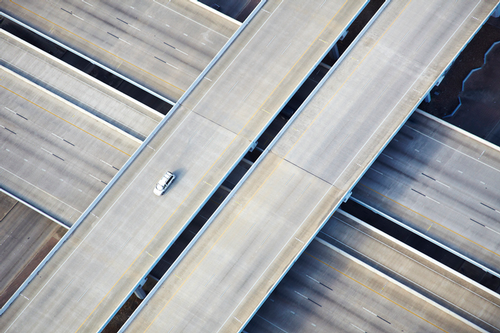 Some key highlights from the data include:

The ARTBA outlines information from each state here.

Pennsylvania makes up almost $1 billion of the revenue loss on its own, as stated at a May state Senate hearing by Acting Secretary Yassmin Gramian. The revenue loss of $900 million is projected, largely attributed to the pandemic causing Pennsylvanians to drive less.

Pennsylvania was reportedly the first state in the nation to suspend infrastructure-based construction as a result of the COVID-19 pandemic at the Pennsylvania Department of Transportation and the Pennsylvania Turnpike Commission ordered a halt on non-emergency projects back on March 17.

Now, though, the reduced driving throughout the state shutdown has drastically cut the gasoline tax revenue, which is what PennDOT primarily uses for projects that include maintenance.

Because of this, Gramian said that only 33 of 96 contracts that PennDOT has received bids for (worth $380 million) have funding. The rest are being reevaluated. She also said that the agency will shift maintenance projects from resurfacing to tar-and-chipping wherever possible.

In addition to PennDOT’s gas tax revenue, Turnpike CEO Mark Compton also said that the light traffic has resulted in a projected loss of $500 million in toll revenue, prompting the Turnpike to cut its capital budget for the fiscal year that began in June from $606 million to $459 million.

Gramian said that PennDOT was projected to spend $2.2 billion this year on roads and bridges, but is instead expected to now spend about $1.8 billion.

“Some of those nonessential contracts we put on hold for the time being,” Gramian said. “Many of the ways we did business may be changed forever.”

In addition, officials added that contractors might have to wait longer for payments because of slow cashflow.

PennDOT spokesperson Alexis Campbell did confirm that road and bridge projects that are already underway will continue. PennDOT has since withdrawn advertisements for bids on at least 19 projects.

Officials have hesitated to speak on which big projects will be delayed as they hope to get money from a national infrastructure program, which could come with its own strings attached.