Sales volumes reportedly also decreased by about 24% compared to last year, and selling prices were subsequently increased by nearly 2%.

The company said that unfavorable foreign currency translation also impacted net sales by more than 3%, or about $135 million. 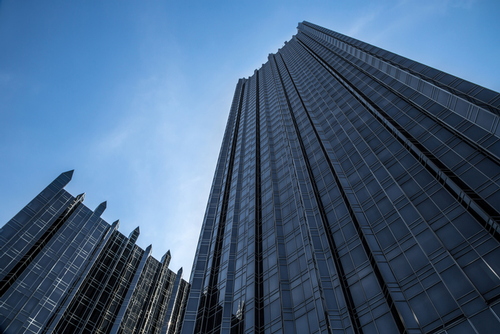 “We delivered solid operating results in the second quarter, especially considering the significant declines in economic activity in most of the world due to the COVID-19 pandemic,” said Michael H. McGarry, PPG Chairman and Chief Executive Officer.

“The strongest performance came from our global architectural coatings businesses, which was driven by increased do-it-yourself demand of PPG paint products in all major regions. During the quarter, several of our businesses in China, including automotive original equipment manufacturer coatings, general industrial coatings, and protective and marine coatings, achieved higher sales volumes year-over-year supported by a recovery in Chinese economic activity. Year-over-year demand was lower across most businesses in other major global regions, but our sequential monthly sales volumes improved in each region during the quarter.”

The Performance Coatings segment Q2 sales landed at about $2.1 billion, down approximately $360 million, or 15%. Net sales also decreased by 11%. PPG notes that while selling prices were increased by 3%, those gains were offset by lower sales volumes of 15%.

Aerospace sales volumes were also down by 30% and net sales for automotive refinish coatings declined by about 25% in the quarter.

In the Industrial Coatings segment, Q2 saw net sales of about $950 million, down nearly $650 million, or about 40% year over year. Sales volumes decreased by 38% while selling prices only increased modestly.

Automotive OEM coatings sales also decreased by nearly 50%, according to the company.

Sales volumes were down about 35% but, PPG adds, that most of this was in the first six weeks of the quarter and production was steadily improving in June.

Income in this segment for the quarter was $34 million, down by $200 million, or approximately 85% year over year, with an unfavorable foreign currency translation impact of $7 million.

The company ended the second quarter with net debt of $4 billion, which is also lower year over year by about $475 million.

PPG also reported additional mitigation effort numbers and predictions for the third quarter, which include:

“As the pandemic continues, our focus remains on the protection of our employees and providing excellent support to our customers with the essential products and services they need to resume and ramp-up their operations,” McGarry said.

“Looking ahead, we expect overall economic activity to continue to recover, although at a varied pace across end-use markets and regions given the uncertainty around the ongoing effects of the pandemic. We anticipate positive overall global architectural coatings demand trends to continue, with some moderation from the elevated DIY demand experienced in the second quarter. We expect continued, solid recovery patterns in automotive OEM and general industrial coatings demand in the U.S. and Europe, but still below 2019 levels.

“Automotive refinish and aerospace coatings sales are expected to be lower until travel and vehicle traffic density return toward more normal levels. Discretionary cost management will continue, particularly in those businesses with longer recovery timelines. We have continued to improve our overall liquidity and will prudently manage cash and our balance sheet.”