United States House Democrats introduced a $1.5 trillion infrastructure bill last week, calling for an increase in funding for road and bridge repairs, in addition to funding for clean drinking water.

The legislation has been titled the Moving Forward Act.

Last year, President Donald J. Trump and Democratic congressional leaders announced a similar plan focusing on roads, bridges, highways, water, power grids and other various infrastructure. However, the plan called for $2 trillion and no agreement had been made on how it would be paid for.

Built on Trump’s 2018 plan, which focused on $1.5 trillion in new spending on infrastructure over the course of a decade, paid largely for by state, local and private investments, including $200 billion in federal funding in hopes to leverage more than six times as much new revenue from those sources.

Due to an ongoing investigation into the President at the time, the infrastructure plan was never settled. 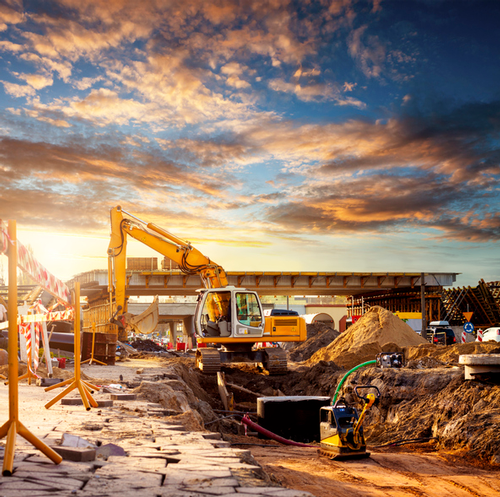 Despite the plan’s failure, 2020 has been reported to see a few instances of funding for its infrastructure projects. The first occurring in January, when Secretary for the U.S. Department of Transportation, Elaine L. Chao, announced a Notice of Funding Opportunity totaling $906 million in grants through the Infrastructure for Rebuilding America (INFRA) discretionary grants program.

The U.S. Department of Transportation estimates that there is $123.1 billion in bridge repair backlog, which includes $17.3 billion estimated for rural and local bridge repairs and improvements that are not listed on the federal-aid highway network.

Over the course of five years, the legislation intends to create a competitive grant program that will:

Overall, the program will invest $20 billion, but if leveraged by state and local contributions, could increase to $40 billion worth of projects.

According to USDOT, the BUILD grants are slated to be awarded to planning and capital investments in surface transportation infrastructure. The DOT expects to award 50% grant funding to rural projects that deliver positive benefits for the surrounding communities and are consistent with the ROUTES initiative.

In March, $225 million in discretionary grant funding was been made available by the USDOT through the Port Infrastructure Development Program, which was made available through the Further Consolidated Appropriations Act of 2020. The act also reserves $200 million for grants to coastal seaports and Great Lakes ports.

The USDOT intends to award the available funding on a competitive basis to projects that are found to be in relation to coastal seaports, inland river ports, and Great Lakes ports. The minimum award size is $1 million, however federal cost share is not to exceed 80%.

At the end of the month, Trump signed a $2 trillion stimulus bill (CARES Act) aimed to help American citizens experiencing lay-offs, companies suffering financially and the health care system amid the COVID-19 pandemic.

As listed in the Senate Appropriations Committee, highlights of the package include:

These numbers are then broken down into the following subcommittees:

In breaking down the allotted funding, the Engineering News-Record has calculated that while more than 80% of the package will go to state, local governments and communities, infrastructure and construction could be eligible for roughly $43 billion of that total.

Through the CARES Act, USDOT later announced in April that $25 billion in federal funding allocations for the nation’s transportation systems and $1 billion in funding for the National Railroad Passenger Corporation (Amtrak) had been made available.

The bills were drafted by Environmental and Public Works Committee Chairman John Barrasso, R-Wyoming, and Senator Tom Carper, D-Delaware, and aims to provide the U.S. Army Corps of Engineers with funding for flood protection, ecological restoration and increased water storage.

In May, the United States Department of Agriculture announced that it would be investing $281 million in rural communities for water and wastewater infrastructure.

In this round of funding, the USDA is splitting the $281 million between 106 projects in 36 states and Puerto Rico. The funds are being provided through the Water and Waste Disposal Loan and Grant program, which provides funding for clean and reliable drinking water systems, sanitary sewage disposal, sanitary solid waste disposal and storm water drainage to households and businesses in eligible rural areas.

And last month, the United States Senate returned from recess with the intent to begin discussions on the Health and Economic Recovery Omnibus Emergency Solutions Act. The HEROES Act provides an additional $3 trillion to states and cities.

In the infrastructure sectors, the bill outlines that:

Earlier this month, the House Transportation and Infrastructure Committee revealed a $494 billion surface transportation bill, which aims to aid states and cities struggling from the effects of COVID-19 before addressing climate change issues.

The legislation plans to provide $8.35 billion to help states achieve climate-conscience goals, in addition to:

The legislation also requires that states spend 20% of their NHPP and Surface Transportation Program dollars on bridge repair and rehabilitation projects—roughty $28 billion over the course of five years.

According to reports, the Moving Forward Act is a $1.5 trillion infrastructure bill, aimed at providing:

“Republicans have been a bit critical at points during the mark up and saying this is Green New Deal 2.0,” said Transportation and Infrastructure Committee Chairman Peter DeFazio (D-Oregon). “This is the application of the principles of the Green New Deal. And this proves that we can both deal with climate change, fossil fuel pollution and actually create millions of new high-paying American jobs. That is the promise of this legislation.”

Although the plan is ready to move forward for voting prior to the July 4 recess, Democrats have yet to outline how the bill will be paid for. House Speaker Nancy Pelosi (D-California) has pointed out though, that with the Federal Reserve approval to keep interest rates near zero, “there's never been a better time for us to go big.”

Forbes reports that COVID-19 has caused the unemployment claims to reach 1.5 million, lower than its peak of 6.9 million in March but brings the total number to 45 million. While the legislation is hoped to be passed, as Trump has been pushing for an infrastructure bill, some suspect that it will hit obstacles moving forward with Republicans in Congress.