According to reports, the United States Navy has begun exploring the use of a new digital software to help combat shipboard repairs and maintenance services.

“Our ability as in-service engineers to support the fleet currently requires extensive onsite personnel in order to identify configuration, damage, corrosion and other mechanical issues,” Alan Jaeger, manager of Naval Sea Systems Command’s Office of Research and Technology Applications, said in a statement.

“The concept of a ‘digital twin’ or as-built models of surface ships provides extensive opportunities to better serve the fleet. Imagine being able to not only collect valuable information without placing maintenance personnel in potentially hazardous situations, but to also do it with the ship underway while obtaining better and more accurate data in the process." 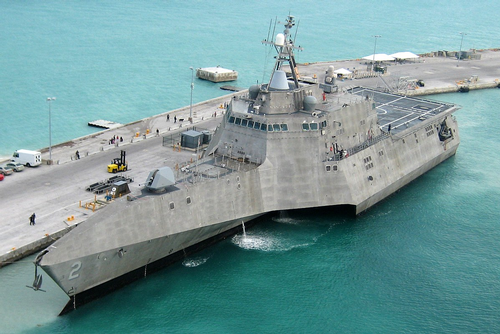 Through the agreement, the team has been researching how digital twins can be used and began by producing a digital twin of the research vessel “Independence” in addition to other ships in the U.S.S. Theodore Roosevelt strike group.

Prior to the agreement, the Navy was still commonly using the Consolidated Afloat Networks and Enterprise Services program, which aims to move all its ships toward a common IT baseline. However, because every ship is different, the move to a digital twin approach has developers exploring more accurate models of vessels in a real-world network at any particular point in time.

“We can catch all the problems before they ever hit a piece of hardware,” said Robert Parker, Technical Director in the Navy’s Program Executive Office for command, control, communications, computers, and intelligence.

“We’re trying to push testing and development as far to the left as possible. We want to build a model from day one that encapsulates all the interfaces, all the data exchanges, all the messages. So before you write a single line of code, you can check to see if you have the applications laid out correctly.”

The project is part NSWC’s Naval Innovative Science and Engineering research on technologies that can advance the future of in-service engineering. The Federal Technology Transfer Act of 1986 allows warfare centers and research laboratories to collaborate with industry and academic in research, engineering and technology development.

Prior to the announcement, in September 2019, a team of engineers at the Corrosion and Coatings Engineering Branch at the U.S. Naval Surface Warfare Center, Carderock Division (Potomac, Maryland) reported that they had developed a new standardized method of conducting ship inspections, which is believed to lower current maintenance costs.

Through a new set of maintenance-requirement cards, inspection methods and repairs are explained through step-by-step instructions. One of the developed MRCs recommends annual inspections of exterior steel window-frame structures for corrosion, sealant shrinkage and cracks. Should ship corrosion show more than 10% of a linear area around windows, or if there are issues with the sealant, the second MRC explains proper repair and preservation steps to be taken for the exterior window structure and sealant replacements.