According to Catherine Werner, Director of St. Louis Sustainability, large buildings make up about 80% of the city’s total greenhouse gas emissions, which is why they were targeted by the new regulations. 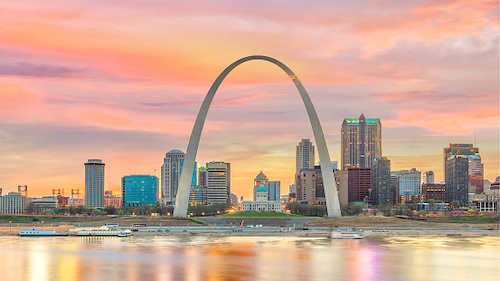 The ordinance also establishes a Building Energy Improvement Board (made up of nine members representing utilities, labor, affordable housing owners, tenants and commercial buildings), to review the energy usage for buildings with the goal of reviewing and updating the standards every four years.

It also creates an office in the city’s building division to assist owners in reaching compliance with the standards, which they are expected to do by May 2025.

The city as a whole has a goal of eliminating community-wide greenhouse gas emissions by 2050.

Board Bill 146 applies to commercial, residential and multifamily construction. Lawmakers cited energy savings for the push.

The requirement is also in compliance with the 2018 International Energy Conservation Code and goes toward the Michael Bloomberg initiative (which the city is a member of) to fight climate change.

St. Louis is the latest in a handful of cities that have mandated energy performance standards into their building codes, most notably seen in New York City with its Climate Mobilization Act.

In April of last year, New York City council approved a package of bills and resolutions—known as the Climate Mobilization Act—intended for radical energy efficient improvements. The act requires that all new residential and commercial buildings in the city have green roofs made up of either plants, solar panels or small wind turbines—or a combination of all three.

Also last year, Nebraska updated the state’s energy codes for residential and commercial buildings for the first significant time in a decade, taking cues from both Boston and Ontario, which updated their regulations to get new construction as close to net zero as possible.

In 2018, Denver passed its Green Roof Initiative, which not only requires new, large buildings to be constructed with green roofs, but also requires buildings of a certain size to install a green roof when the current one is up for replacement.

Also at the end of 2018, California’s Building Standards Commission gave the final approval for codes that mandate the requirement for solar panels on new homes making it the first state to have such a rule. That is slated to take effect this year.