Repairs Made at PA Nuclear Plant

Following an inspection during a refueling outage at Energy Harbor Corporation’s Beaver Valley Power Station Unit 2, just outside of Pittsburgh, officials found that one of 66 reactor vessel head penetrations at the plant had become corroded.

The finding was reported to the U.S. Nuclear Regulatory Commission as a “non-emergency notification.”

According to the report, the degraded reactor coolant system pressure boundary was discovered during an examination of the 66 reactor vessel head penetrations. NRC spokesperson, Diane Screnci, told the Pittsburgh Post-Gazette that these kinds of examinations of the reactor head penetration welds are slated to occur routinely. 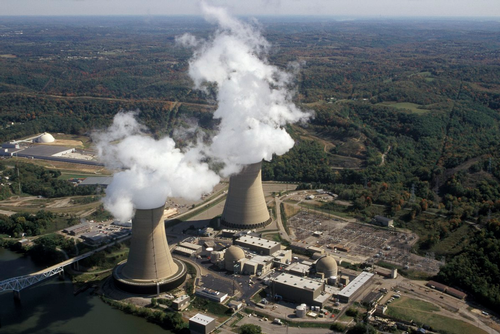 “For Beaver Valley 2, they must inspect all welds each outage,” Screnci said. “This is to ensure they proactively address any flaws identified, before they become an issue.”

Screnci adds that the nuclear plant still has its original head—which is a caplike structure found at the top of the reactor, complete with penetrations or holes through which rods are inserted to control the radioactive fuel inside.

During the examination, penetration 37 was deemed nonacceptable per ASME Code Section XI and was required repair prior to returning to service. However, the report adds that, “The indication was not through wall and there was no evidence of leakage based on inspections performed on the top of the reactor vessel head.”

Since discovering the corrosion, Jason Copsey, Senior Account Executive at Energy Harbor has since reported that minor repairs had been completed using a weld buildup procedure as defined by industry requirements. According to reports, there are no plans to replace the reactor head.

Copsey adds that while the outage remains on schedule—having been shut down since April 12—a restart date has not been set in stone due to business considerations but is expected to start on schedule. However, the Unit 1 reactor is still in operation.

Prior to the inspection, Energy Harbor reported that it was rescinding its March 2018 deactivation notice for the Beaver Valley nuclear plants. The permanent closures were set to take place in May and October of 2021.

The news arrives as Pennsylvania Gov. Tom Wolf joins the Regional Greenhouse Gas Initiative, a cap-and-trade program that intends to limit carbon dioxide emissions from power plants by requiring polluters to pay for their emissions.

Energy Harbor President and Chief Executive Officer John Judge reported in an emailed release that the RGGI will help to level the field for carbon-free nuclear generators, in addition to marketing carbon-free energy to customers.

“We are excited about the RGGI process implementation in early 2022 but would need to revisit deactivation if RGGI does not come to fruition as expected,” Judge said.