Last Thursday (April 2), President Donald J. Trump announced a memorandum on the Order Under the Defense Production Act Regarding 3M Company and its production of N95 masks.

The memorandum was issued to the Secretary of Homeland Security and the Administrator of the Federal Emergency Management Agency.

According to the memorandum, Trump declared a national emergency recognizing the threat of SARS-CoV-2—the virus that causes COVID-19—to the nation’s healthcare systems on March 13, just two days after the World Health Organization announced that the COVID-19 outbreak could be classified as a global pandemic. 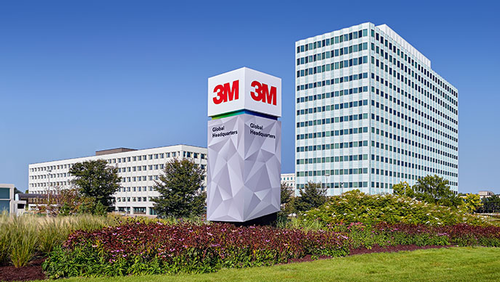 3M
Last Thursday (April 2), President Donald J. Trump announced a memorandum on the Order Under the Defense Production Act Regarding 3M Company and its production of N95 masks.

Since the declaration, the Federal Government, along with state and local governments, have issued various preventative and proactive measurements to slow the spread of the virus. Some of the nation’s actions have involved issuing stay-at-home mandated orders, identifying essential workers and even halting construction projects altogether.

At the time, legislation was being passed around in Congress that included N95 liability protections for companies that manufacture and sell masks, as the masks are reported to be just as acceptable for healthcare workers in avoiding the inhalation of a respiratory disease.

In heading the White House Coronavirus Task Force, Vice President Mike Pence also visited N95 mask manufacturer, 3M, in Minnesota, to discuss increased production. As a result of the depleting supplies and upon Pence’s request, 3M reported that it increased its production from five days a week to working around the clock.

At the end of the month, global coatings company PPG (Pittsburgh) announced that it would donate 80,000 masks to hospitals in Pittsburgh, New York, Cleveland, the Detroit area and Huntsville, Alabama, in support of COVID-19 relief.

Just last week, the Centers for Disease Control and Prevention announced recommendations for cloth face covers in public settings where social distancing measures might be difficult to maintain especially in areas of significant community-based transmission.

However, the CDC adds that, “The cloth face coverings recommended are not surgical masks or N-95 respirators.  Those are critical supplies that must continue to be reserved for healthcare workers and other medical first responders, as recommended by current CDC guidance.”

As written in the memorandum, the President has directed that Homeland Security Secretary Chad Wolf, through the Administrator of the Federal Emergency Management Agency, use any and all authorities available under the Act to acquire N95 respirators from 3M Company or any of its appropriate subsidiaries or affiliates.

“We have been working closely with the Administration to do exactly that, and we appreciate the authorities in the DPA that provide a framework for us to expand even further the work we are doing in response to the global pandemic crisis,” 3M said. “We look forward to working with FEMA to implement yesterday’s order.”

The order covers a to-be-determined number of masks that the Administrator will conclude to be appropriate given the circumstances. Adding to that, the Trump administration also requested that 3M stop exporting respirator masks to the Canadian and Latin American markets.

However, 3M reports that it is a critical supplier of respirators to healthcare workers in Canada and Latin America.

Additionally, in a response statement to the order, 3M predicts that by ceasing all the exports of respirators produced in the United States, the net amount of respirators being made available to the nation would likely be reduced, as other countries could retaliate.

Most recently, 3M adds that with the help of the Administration, 3M received approval from China to export 10 million N95 respirators manufactured by its facility in China.