“Rural water systems play a key role in the lives of all Americans,” said EPA Assistant Administrator for the Office of Water David Ross.

Reports claim that more than 97% of 153,000 public drinking water systems in the U.S. serve less than 10,000 people, while 78% of the 15,000 wastewater treatment plants treat less than one million gallons per day. These small systems are often found in rural locations and often face challenges when working to meet federal and state regulations to successfully provide affordable drinking water and wastewater services. 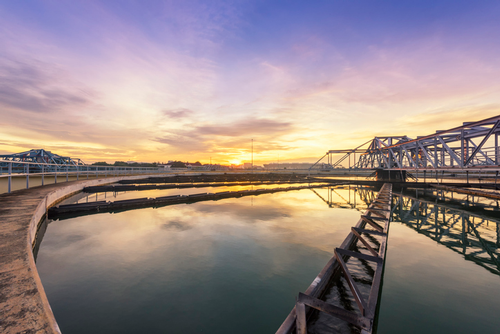 Starting back in September, the EPA announced $15 million in grant funding slated for technical assistance and training providers to benefit rural and small water systems.

The funding was planned to be used by “nonprofit organizations to provide small public drinking water and wastewater systems with training and technical assistance to achieve and maintain compliance with the Safe Drinking Water Act and the Clean Water Act, improve operational performance and help inform private drinking water well owners about protecting their drinking water supply,” stated the EPA.

Award recipients for the grant funding are expected to be announced this spring.

The following month, EPA Regional Administrator Mike Stoker proposed a rule amendment that would be the first significant overhaul of the Lead and Copper Rule since 1991 and aims to improving how communities test for lead in drinking water, as well as spurring quicker response times if problems become evident.

However, at the end of January, the Trump administration announced that it had finalized a rule to remove environmental protections from ephemeral bodies of water—meaning bodies of water that only form after rainfall or only flow part of the year. However, the revision also applies to streams, wetlands, groundwater, waste treatment systems and priorly converted cropland and farm watering ponds.

The endeavor reducing the number of waterways receiving federal protection under the Clean Water Act and is part of the roll back of nearly 95 environmental rules.

"Under the leadership of President Trump and Agriculture Secretary Perdue, USDA is committed to working collaboratively with our federal partners to help rural systems thrive and serve their communities because when rural America thrives, all of America thrives.”