Yesterday (Feb. 24), SSPC: The Society for Protective Coatings and NACE International, The Corrosion Society, announced their seventh update regarding the organizations' possible merger.

The update involved education considerations in addition to a question-and-answer forum. 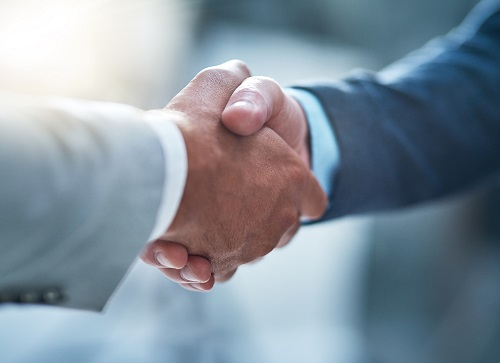 On Jan. 24, SSPC and NACE announced that although no definitive decisions were made regarding membership concerns, a compromise was reached, detailing that new memberships would be value-based and provide tiered options with differing values and prices. A second email regarding the membership component of the agreement is expected to be released sometime in February.

Highlights of the presentations included:

After the conference, SSPC and NACE released an update summarizing the board meeting and efforts made at the annual conference.

And earlier this month, a sixth update released revealed what the next steps would be in the discussion process. As reported by NACE in a press release, task group members are pressing forward with compartmentalizing feedback received from members so that all questions, concerns and ideas are addressed prior to a final decision regarding SSPC and NACE’s potential merger.

However, the organizations also pointed out, should everything progress to a member vote where both organizations are in favor of the merger, most changes will take time and not happen immediately. In fact, if combined, the first step would be the combination and transition of new governance and membership structure, which would be expected to happen by Jan. 1, 2021. Yet, integration of both entities’ operations would be expected to extend well beyond that date.

According to the latest update, SSPC and NACE are committed to “delivering high-quality, up-to-date training and educational programming with the goal of producing the very best coating professionals in the world.” The organizations add that if combined, the commitment will not waiver.

Regarding education considerations, members were asked to submit questions for the Q7A portion of the update. However, both entities are still accepting said questions and have reported that they will address them in a future emailed update.

The following are some of the questions and answers provided in the update:

Q1: What will happen to current initiatives related to updating and upgrading existing educational programs?

A1: If the decision is made to combine NACE and SSPC, all current efforts focused on the improvement and advancement of courses and training will continue under each organization without interruption until the combination is complete. Once completed, these initiatives will continue within the new organizations.

Q2: Will existing training licenses and agreements continue to be in effect in a combined association?

A2: The intent is to continue engaging with existing licensees and instructors to meet the anticipated growth in demand of training and education programs.

Q3: Will instructors still be able to teach the courses they currently teach?

A3: Yes. Instructors will still be able to teach the courses that they’re currently approved to teach. If they want to become approved for additional courses, they will need training to address differences in course material.

Q4: What will happen to my certification?

A4: All certifications will still be valid following the combination of the organizations. Member-led task groups will determine what, if any, changes would happen with regard to certifications, including renewals related to overlapping programs.

The next slated update is expected on Feb. 28 and will cover part two of membership considerations along with a question-and-answer segment.

Prior to this update, yesterday, the NACE Board of Directors hosted a meeting where members were slated to vote a decision regarding the approval of the potential merger. At the time this article was published, no information was released on the meeting’s conclusion.

Members are asked to share their opinions about the discussions either through email, comment or through participation in the Town Hall meetings that both organizations will be hosting at the upcoming CORROSION 2020 (Mar. 16-19) conference in Houston next month.