Cuomo Announces $3.8B Project at JFK

New York Gov. Andrew Cuomo recently announced that the Port Authority of New York and New Jersey reached an agreement on terms with Delta Air Lines for work on JFK International Air Terminal’s Terminal 4, which will result in a $3.8 billion renovation project.

The project is part of Cuomo’s bigger $13 billion effort to modernize the airport as a whole.

"This historic investment to modernize JFK Airport and the surrounding transportation network will not only ease travel through this major hub, but it will ensure JFK joins the ranks as one of the finest airports in the world,” said Cuomo. 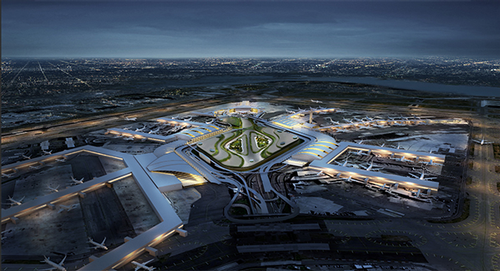 The work is for the expansion and renovation of Terminal 4 the includes the addition of 16 new gates (500,000 square feet), the renovation of existing concourses and roadway upgrades.

The expansion will allow Delta to consolidate its operations to Terminal 4, instead of operating out of both Terminal 4 and Terminal 2, different from the original JFK plan.

Delta is expected to consolidate its operations into Terminal 4 in early 2023. The roadway improvements are expected to be completed in late 2025 with the other JFK Airport redevelopment projects.