Boulder, Colorado-based renewable energy company Scout Clean Energy is gearing up to build as many as 212 turbines for a new wind farm south of the Tri-Cities in Washington.

If constructed, the Horse Heaven Wind Farm is slated to generate roughly 600 megawatts of electricity.

Though there is still work to be done, the wind farm is expected to be built along 24 miles of the Horse Heaven Hills ridgeline. According to reports, the wind farm would wrap around much of the already-operating Nine Canyon Wind Project—a wind farm owned and operated by Energy Northwest.

Currently, Scout has wind farms operating in Oklahoma, Texas and California, with additional projects being built in Indiana and Texas. 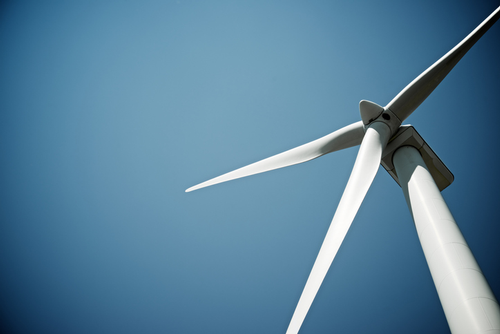 pedrosala / Getty Images
Boulder, Colorado-based renewable energy company Scout Clean Energy is gearing up to build as many as 212 turbines for a new wind farm south of the Tri-Cities in Washington.

Once the turbines for the Horse Heaven Wind Farm are installed, Scout estimates that the turbines will stand below 500 feet high (with blades fully extended), meeting current air space restrictions.

For the project, roughly 6,000 acres will be leased from dry land wheat farmers, along with an additional 1,600 acres of land owned by Washington’s Department of Natural Resources.

However, Scout will first have to submit a conditional use permit application in order to use the ridge on which the turbines will be built, which project manager David Kobus—who also worked on Nine Canyon—expects will be completed within a matter of weeks. Additionally, Kobus also estimates that a county application for the project will be completed as early as next month.

Following proper permit and documentation stages, two hearings are to be scheduled where a county hearings examiner will present conclusions of the applications.

During this time, Scout has reported it will also be working with the Kennewick Irrigation District regarding an easement to the Bonneville Power Administration’s Red Mountain substation and will be coordinating with the Benton Public Utility District to co-locate a transmission line.

Should everything go smoothly, Scout energy hopes that a permit could be issued as early as July, with construction breaking ground sometime in October. In between those stages however, Scout will also be looking for interested buyers for the electricity to be produced.

After competition, the Tri-City Herald reports that the wind farm will be able to be seen from Highway 395.

Prior to the news about Horse Heaven Wind Farm, Dogger Bank Wind Farms, a joint venture between SSE Renewables (Dublin, Ireland) and Equinor (Stavanger, Norway) announced in January that construction on what will be the world’s largest offshore windfarm commenced.

The 3.6-gigawatt farm is made up of three smaller farms in the North Sea near the coastal village of Ulrome, East Riding of Yorkshire, England: Creyke Beck A (1.2GW), Creyke Beck B (1.2GW) and Teesside A (1.2GW).

Before the announcement, in September, Danish wind energy firm Ørsted reported that its Hornsea Project One wind farm project was nearly complete and on track for a 2020 completion.

Ørsted reports it will have invested 12 billion euros ($15 billion) in the sector by the 2020 date, which has yet to be determined. Once up and running, Hornsea One will generate nearly twice the power of Ørsted's Walney Extension—the current largest offshore wind farm in the world, located in the Irish Sea.

And in July 2019, Scotland’s largest offshore wind farm, located around 13 kilometers (roughly 8 miles) off the coast of Wick and able to power 450,000 homes, officially opened.

Known as the Beatrice Offshore Wind Farm, the project cost £2.6 billion (around $3.1 billion) to build, and took a decade of planning. According to a Beatrice news release, the project contributed £460 million to the Scottish economy during construction, which was part of a larger £1.3 billion contribution to the United Kingdom’s economy.