To understand the legislation, one would first have to understand the need for revisions to the preexisting Order 1000, issued by FERC in July 2011. At the time, the order was issued to revise rules on transmission planning, allocating transmission costs and competitive bidding. However, according to a press release from Heinrich’s office, Order 1000 is not achieving its stated goal to expand transmission.

The release continues to explain that the reason for this lack of progress is because the order doesn’t require a joint process or evaluation of interregional solutions and their benefits, although it does require neighboring transmission planning regions to coordinate planning. 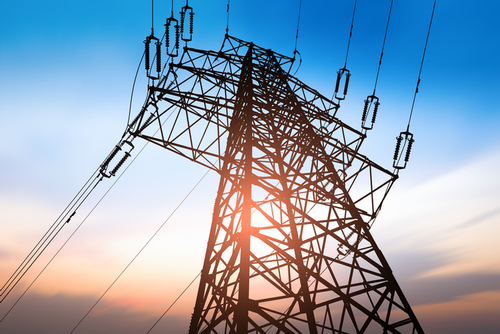 “There is a disconnect right now between transmission access and the best large-scale clean energy resources,” said Heinrich, a member of the Senate Energy and Natural Resources Committee. “Which is why we need to move quickly to expand transmission capacity to connect centers of supply and demand in this new energy landscape. That means making planning decisions on transmission at the regional level.”

Haaland adds that if the act is passed, the legislation “will help update our outdated energy infrastructure, so we can reliably move renewable energy around the country and increase opportunities for economic prosperity for our communities, while protecting our planet from devastating impacts of climate change.”

In the Interregional Transmission Planning Improvement Act of 2019, legislators direct FERC to consider in the rulemaking:

Prior to the introduction of the Interregional Transmission Planning Improvement Act of 2019, Gov. Michelle Lujan Grisham signed the Energy Transition Act into law in March, calling on the state to convert to half carbon-free energy by 2030 and 100% by 2045.

“This legislation is a promise to future generations of New Mexicans, who will benefit from both a cleaner environment and a more robust energy economy with exciting career and job opportunities,” said Grisham at the time. “The renewable and zero-carbon standards outlined in this bill are among the strongest in the country.”

Outside of legislation, Carlsbad Current Argus also notes on one of New Mexico’s main electricity providers—Xcel Energy—as also beginning work last month on its Sagamore Wind Project. The project aims to have 240 turbines in service by the end of 2020, which will be able to provide 194,000 homes annually.

In December 2018, energy firm Enel Group, through its subsidiary Enel Green Power Mexico, began construction on a 244-megawatt wind farm in the Mexican State of Nuevo Leon. Once in operation, the wind farm will be able to generate roughly 850 GWh per year, cutting away 470,000 tons of CO2 emissions from the atmosphere annually.

The wind farm is slated to begin operation in the first half of 2020. Investment in building the Dolores facility totals roughly $280 million.