The breakup procedure continues to draw out between the Denver International Airport and its $1.8 billion public-private partnership with Great Hall Partners over issues within the airport’s massive terminal renovation.

Although the exit date for the company is scheduled for Nov. 12, airport officials claim that the termination fees—which are likely to exceed $200 million—are unlikely to be settled at the end of the 90-day termination period.

Roughly two years ago in November 2017, DIA proposed the addition of 39 gates in an expansion project, up from the airport’s original proposal of 26. At the time, the project was estimated to cost $1.5 billion and would be a P3 headed by Ferrovial Airports. The overall deal was slated to include a $650 million terminal renovation, which would be overseen by Saunders Construction over the course of four years. (Cost estimates for the actual expansion at the time were not yet available, however.)

A couple months later in January, two subsidiaries of Hochtief, a Germany-based construction company, were announced as the companies to oversee the estimated $700 million expansion. The companies, Turner Construction and Flatiron Construction, would be building two new hubs for the airport, with the capacity for three more, as well as 16 new gates and installing additional pavement. 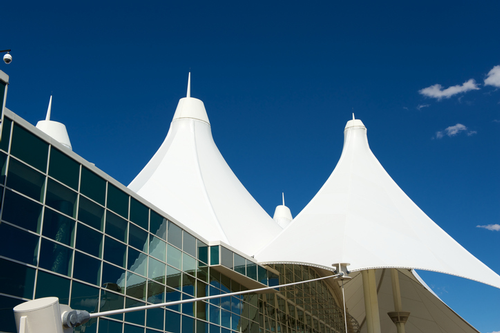 ra-photos / Getty Images
The breakup procedure continues to draw out between the Denver International Airport and its $1.8 billion public--private partnership with Great Hall Partners over issues within the airport’s massive terminal renovation.

It is also noted that although the new $770 million budget failed to include GHP's termination fees, a report from Moody’s Investors Service shows that the airport has roughly $900 million in liquidity to back up any settlement.

Earlier this month DIA announced that it had selected Hensel Phelps to serve as the preferred construction manager and general contractor for Phase 1 of the project previously held by GHP. Canada-based engineering company Stantec has been chosen as the preferred lead design firm for the entire project moving forward.

During Phase 1, Phelps will be working on airline ticketing pods in the terminal’s center on Level 6, in addition to new restrooms and conveyances. The cost for this portion is slated to be determined in Q1 2020.

In addition to these hires, the DIA has also selected Gilmore Construction, Sky Blue Builders and roughly another dozen subcontractors it hopes to take over from GHP to continue to aid in design, engineering, steel placement and electrical work. DIA Senior Vice President of Special Projects, Michael Sheehan reports that continuing work with the major subcontractors could reduce the P3 breakup fees.

The approval process for the DIA’s selections will begin Nov. 6, with hopes that the Denver City Council will complete the process by the end of the year so that construction can restart in Q1 2020.

Although neither GHP or the DIA will disclose a total amount being negotiated to satisfy the contractors’ costly breakup fees, Moody’s estimates that an eventual termination payment will land between $140 million and $180 million. However, this DIA is also estimated to owe GHP $70 million or more to repay its lenders, bringing the overall cost to between $210 million and $250 million.

Moving forward, DIA has selected Jacobs Engineering Group to begin assessing how to manage the project and intends to make Jacobs the terminal’s new program manager as well. Through this decision, Jacobs will aid other contractors in tracking the schedule, budget, stakeholder concerns and progress of work.

Additionally, plans include making an amendment to an existing Jacobs contract and a contract for an undecided new lead designer to a City Council committee on Nov. 6. The DIA plans to identify a new lead builder within two months’ time, after the new budget is complete.