Earlier this month, the Milwaukee Journal Sentinel reported that Foxconn Technology Group has awarded another $83 million in contracts for its $10 billion, 20 million-square-foot manufacturing complex in Mount Pleasant, Wisconsin.

This brings the total contracts awarded to more than $250 million. 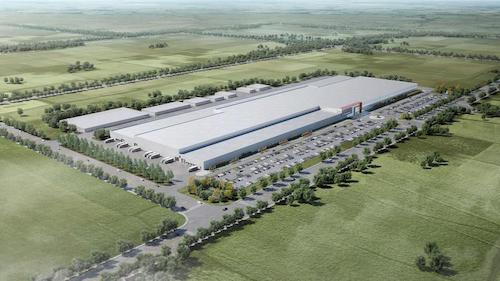 However, this year opened with a Jan. 17 letter in which the company disclosed that it would not make the threshold of job creation needed in order to receive about $9.5 million in tax credits.

Foxconn is under an agreement with jobs agency Wisconsin Economic Development Corp. to create up to 13,000 jobs over the course of construction, which would then qualify the company to be awarded up to $3 billion in tax credits.

In August, it was reported that walls were going up at the 1 million-square-foot plant.

Echoing the shift in focus, in September, Foxconn announced that it had chosen Mortenson Construction (Minneapolis) to serve as construction manager for two facilities that were recently approved as part of the plan to support “smart manufacturing,” which include a Smart Manufacturing Center and a High-Performance Computing Data Center.

Those interested in submitting bids can still register with Mortenson to receive an official bid invitation email.

According to MJS, the new contracts awarded include:

In addition to the contract announcements, Patch reported earlier this month that installation has begun on the 1 million-square-foot factory’s roof. For the installation, 16,000 yards of concrete will be poured onto the metal deck and will reportedly be completed by three roofing crews.

Both the LCD plant and the manufacturing center are still set to open in the fourth quarter of 2020.