A new kind of crushing technology that turns demolished buildings into sand is expected to be showcased at the six-month “Expo 2020 Dubai.”

The technology was created by Finland-based equipment company Metso.

Slated to be beneficial in recycling and environmental degradation, the equipment is reported to work at low decibels so that noise pollution becomes non-existent, even in the most highly urbanized and populated areas. 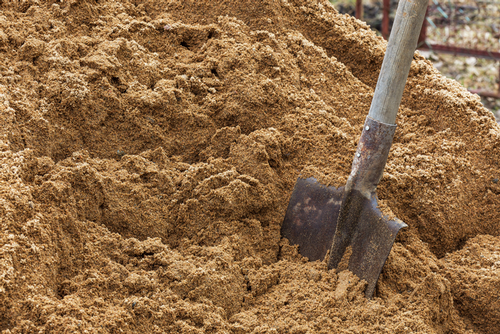 Koldunov / Getty Images
A new kind of crushing technology that turns demolished buildings into sand is expected to be showcased at the six-month “Expo 2020 Dubai.”

The technology becomes available at a time when the United Nations Environment Program warns that, “[natural] sand consumption globally has been increasing and we are extracting it at rates exceeding natural replenishment rates.”

The program also released a report in May of this year, “Sand and Sustainability: Finding New Solutions for Environmental Governance of Global Sand Resources.”

According to the report, “Most large rivers of the world have lost between half and 95% of their natural sand and gravel delivery to [the] ocean. The damming of rivers for hydro-electricity production or irrigation is reducing the amount of sediment flowing downstream. This broken replenishment system exacerbates pressures on beaches already threatened by sea level rise and intensity of storm-waves induced by climate change, as well as coastal developments.”

As for desert sand, the report also notes is ill-suited for construction services due to its wind-induced smoothness and is non-adherent.

Due to these environmental issues and imposed restrictions on the use of natural sand in various governments, Kitanoski hopes that the innovative technology can help avert the global crisis.

“Advances in technology and equipment have made it possible to process construction demolition waste for recycling purposes,” he explained.

“What comes to manufactured sand; it is a good substitute for natural sand. Thanks to the characteristics and stable gradation of manufactured sand, the use of cement in concrete production can be reduced.”

Metso is reported to be one of the 130 Finnish globally accepted enterprises to participate in the Snow Cape Pavilion of Finland at the Expo 2020 Dubai. The Expo is expected to take place from Oct. 20 to April 10, 2021.

While sand manufacturing is currently being explored through crushing and recycling old building structures, the exploration for sustainable and useful sand uses isn't new to the construction industry.

In March 2018, post-graduate students Matteo Maccario, Carolyn Tam, Hamza Oza and Saki Maruyami from Imperial College London created Finite, a building material, out of desert sand. Although the material is reported to be too fine to use in construction, the students added unknown binders to the desert sand so that it could be used to successfully make traditional concrete.

A few months later in August, ETH Zurich researchers developed what they called the “Smart Slab”—a concrete slab that is less than half the weight of its conventional counterpart. The slab used 3D-printed sand for the formwork fabrication, which was reported to be only 20 millimeters thick at its thinnest point.