A recent study by researchers at the Department of Energy’s Lawrence Berkeley National Laboratory takes a look at the impact cool roofs could have in California, with the goal of shielding people from heat waves.

“The researchers predict that heat waves are likely to become two to 10 times more frequent across the state by mid-century,” according to Berkeley’s press release.

“But if cool roofs were adopted throughout California’s most populous areas—the San Francisco Bay Area, Los Angeles, San Diego and Sacramento—by 2050 these reflective roofs could bring down heat wave exposures (defined as each time a person experiences a heat wave) by 35 million each year, compared to an estimated 80 million heat wave cases in 2050 with no increase in cool roof adoption.” 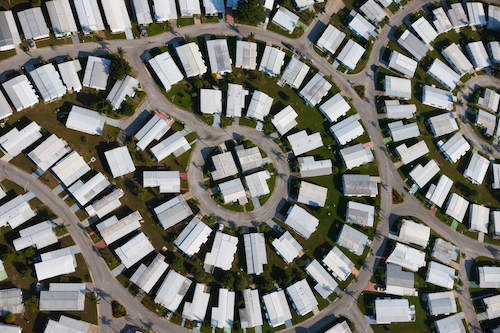 Courtesy of Berkeley Lab
A recent study by researchers at the Department of Energy’s Lawrence Berkeley National Laboratory takes a look at the impact cool roofs could have in California, with the goal of shielding people from heat waves.

This research was released about a month after similar tests out of Berkeley, when scientists looked at the use of cool exterior walls, and how those could save building owners energy in comparison to cool roofs.

“Cool walls provide energy cost savings and emission reductions across California and the southern half of the United States,” said Ronnen Levinson, a Berkeley Lab staff scientist and leader of Berkeley Lab’s Heat Island Group who co-authored the study, published in the journal Energy & Buildings.

“In these climates, cool walls can save as much or more energy than the same size cool roof.”

That report analyzed more than 100,000 building simulations and modeled several different types and ages of homes, retail stores and office buildings in cities across California and the rest of the U.S.