The legislation is one of the United States' most aggressive climate change action plans to date.

First introduced in April, New York Mayor Bill de Blasio introduced the “New Green Deal,” a $14 billion plan that is aimed to reduce the city’s greenhouse emissions by 30% by 2030. The plan is outlined in the city’s report, “OneNYC 2050: Building a Strong and Fair City.” 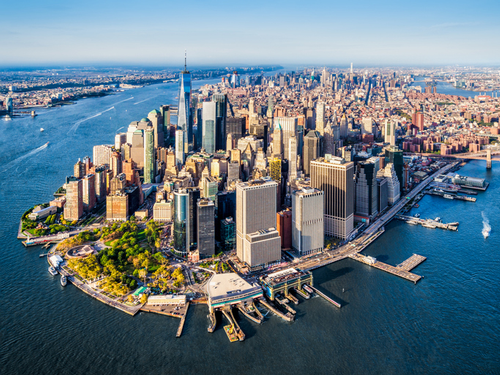 Following numbers tracked from 2005, the plan describes several initiatives that will reduce emissions by certain percentages, helping to put the state on track for full carbon neutrality by 2050, according to the city’s press release.

By the end of the same month, the state approved the Climate Mobilization Act—a package of bills and resolutions intended for radical energy efficient improvements.

All bills require that 100% of new residential and commercial buildings’ roof areas are covered by one of the following green roof options: plants, solar panels and/or small wind turbines. Compared to other cities that only require 25-50% coverage, the city has also planned incentives to help cover the cost of installation.

The retrofitting of thousands of buildings statewide is estimated to cost $4 billion.

“I think climate change is the issue of our lifetime, frankly,” said Cuomo. “And the legacy we leave our children.”

In a vote 41-21, the Climate Leadership and Community Protection Act was passed, requiring New York to reduce its emissions 85% below 1990 levels by 2050 and offset the remaining 15% by removing carbon dioxide from the atmosphere through planting trees, greening infrastructure and investing in proper technology.

We did it: We passed the Climate Leadership and Community Protection Act! I am proud that New York is showing leadership by passing the most ambitious climate bill of any state in the country. #CLCPA #ActOnClimate pic.twitter.com/QPGEH7XO74

In order to achieve the bill’s goal in steps, the legislation sets an initial goal for the state to produce 70% of its electricity from renewable sources such as hydropower, solar and wind by 2030. According to The New York Times, the state already produces about 60% of its electricity through carbon-free sources, mostly made up of nuclear power plants, hydroelectric dams and small amounts of wind and solar.

Making up a third of the state’s emissions, the transportation system—which includes approximately 10 million cars, trucks and busses—is expected to be one of the largest challenges. New York Magazine reports that the Trump administration is currently attempting to roll back federal efficiency standards and to halt environmentally concerned states from establishing their own stricter standards.

The Trump adminstration has also promised to withdrawl the U.S. from the Paris Agreement on climate change. However, according to a 2018 report, the U.S. is already halfway to its Paris goal, composed of a 17% emissions reduction  of 2005 levels by 2025. On its own, New York makes up the 11th-largest economy in the world, well capable of accelerating the nation's efforts led by former NYC Mayor Micheal Bloomberg and former California Gov. Jerry Brown with the help of local and state actors.

“This is going to change the way every New Yorker lives,” said state Senator Todd Kaminsky, the bill’s sponsor in Albany’s upper chamber.

“We are going to be deriving our power from clean energy sources, running our cars on renewable energy and going to work in buildings that do not emit carbon.”

According to City Lab, the new rules will create a demand for an estimate of more than 3,600 construction jobs per year and 4,400 jobs in maintenance, services and operations.

Moving forward, the implementation of the bill will be left to a 22-person “climate action council” consisting of top state officials, covering various topics and shall be advised by a smaller group experienced in everything from land use to forestry.

The council will also be required to issue recommendations for how to meet the required goals in two years, after the state’s regulatory agencies issue rules to make industries and residents meet the bill’s standards.