Joint venture AECOM (Los Angeles) and Hill International (Philadelphia) has been recently awarded a $107.4 million contract by the New York Department of Design and Construction (DDC) for the program and project management of four original New York City jails.

The project plans to replace the 85-year-old Rikers Island detention facility and is the city’s first-ever design-build program.

Mayor Bill de Blasio first announced the closing of Rikers in April 2017—a capital project involving a 10-year plan—that would close the eight facilities on the island and build four smaller facilities in locations around the city. 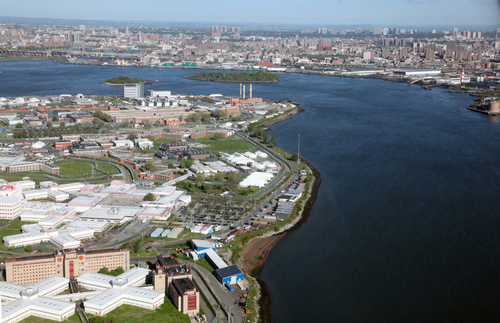 DougSchneiderPhoto / Getty Images
Mayor Bill de Blasio first announced the closing of Rikers in April 2017—a capital project involving a ten-year plan—that would close the eight facilities on the island and build four smaller facilities in locations around the city.

By February of this year, de Blasio and his administration announced a new initiative, “Strategic Blueprint for Construction Excellence,” which included a design-build strategy, among others, in effort to control construction costs and reduce schedule times of capital projects.

The DDC will be working with AECOM-Hill in order to structure the upcoming procurement, develop program requirements and manage the chosen design-build teams. Design-build teams will be chosen for the construction of the four new jails, slated to be built in Manhattan, Queens, Brooklyn and the Bronx.

“DDC will soon face a pressing need for contractors and subcontractors of all types to complete the borough-based jails program for New York,” said Commissioner Lorraine Grillo.

“We strongly encourage vendors seeking to do business with the City of New York to become familiar with contracting requirements, and, if eligible, to become a New York City-certified Minority- and Women-Owned Business Enterprise.”

According to The Real Deal, the total project is slated to cost $8.7 billion and each facility will house 1,500 inmates. A request for qualifications is anticipated to be issued no earlier than December.

“We’re humbled to support DDC and the City of New York on this first-of-its-kind transformative design-build program,” said Steve Morriss, AECOM’s president of its Design and Consulting Services group in the Americas.

Rikers Island jail facility is expected to close by 2027.