SSPC and NACE: By the Numbers

As SSPC: The Society for Protective Coatings and NACE International have opened discussions regarding possible “synergistic opportunities” between the two organizations (announced in a March 18 press release), PaintSquare Daily News is taking a closer look at each organization’s history, structure and offerings for the protective coatings and corrosion control industries.

SSPC is a non-profit organization focused on protecting and preserving concrete, steel and other industrial and marine structures through the use of protective coatings.

Founded in 1950 as the Steel Structures Painting Council, the Society changed its name to SSPC: The Society for Protective Coatings in 1997 to better reflect the expanding nature of coatings technology and construction materials, including concrete substrates. 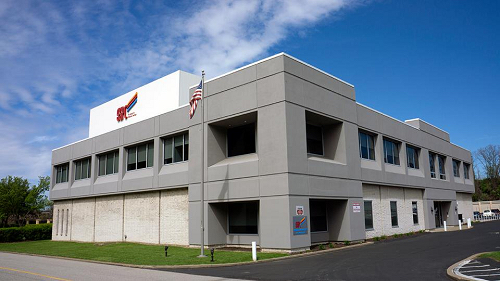 Courtesy of SSPC
SSPC is a non-profit organization focused on protecting and preserving concrete, steel and other industrial and marine structures through the use of protective coatings.

NACE International develops corrosion prevention and control standards, certification and education for engineers and other corrosion mitigation professionals. It was established in 1943 as the National Association of Corrosion Engineers, founded by 11 corrosion engineers from the pipeline industry who were originally part of a regional group formed in the 1930s to study cathodic protection.

By the end of the 1940s, NACE had more than 1,700 members and began broadening its scope beyond cathodic protection and pipelines to include oil and gas production, chemical processing and refining, as well as other methods of corrosion control such as protective coatings and linings, chemical treatment and materials selection and design.

Renamed NACE International in 1993, NACE has a total of almost 36,000 members from 130 countries, with four areas and 80 sections in North America, and four international areas with 62 sections.

Bill Worms is SSPC’s executive director, responsible for all of the Society’s day-to-day operations. SSPC’s Board of Governors includes 13 elected members representing different areas of the coatings community. The SSPC board officers are:

NACE is headed by CEO Bob Chalker, who came to the organization in 2010. Its Board of Directors officers are:

In addition to the officers, the NACE board includes eight area directors, four activity directors and one at-large director.

SSPC offers 50 different training programs covering a wide range of coatings-based curriculum. Its highest level of certification, the Protective Coatings Specialist, recognizes in-depth knowledge of all of the principles and practices related to protective coatings, while its Protective Coatings Inspector and Master Coatings Inspector programs are also offered and specified in several countries worldwide.

In addition, both associations publish print periodicals for their members.

The Journal of Protective Coatings & Linings, the official voice of SSPC, has been published for 35 years. With an average monthly circulation of almost 12,000, JPCL delivers information on new technology and good practices in the use of high performance anti-corrosion coatings and linings.

Each association hosts an annual conference and other events throughout the year.

SSPC’s annual Coatings+ conference and exhibition, the only annual trade show dedicated 100% to protective coatings, convenes in January or February of each year. The 2019 Coatings+ show, held Feb. 11-14 in Orlando, drew more than 2,500 attendees and over 150 exhibiting companies. Coatings+ 2020 will head west Feb. 2-6 next year to Long Beach, California.

NACE’s annual CORROSION conference is held each spring to gather the entire corrosion control community. CORROSION 2019 was held March 24-28 in Nashville, and its 2020 show will take place in March 15-19 in Houston, Texas. NACE also holds area conferences, as well as workshops and meetings based on special topics.