Colorado is looking to pass legislation that would make intentional underpayment of wages a criminal offense.

The state’s General Assembly’s House Judiciary Committee approved House Bill 1267 on April 2, which would change wage theft of $2,000 or more from a misdemeanor to a felony.

“The bill removes the exemption from criminal penalties for an employer who is unable to pay wages or compensation because of a chapter 7 bankruptcy action or other court action resulting in the employer having limited control over his or her assets,” according to the bill summary. 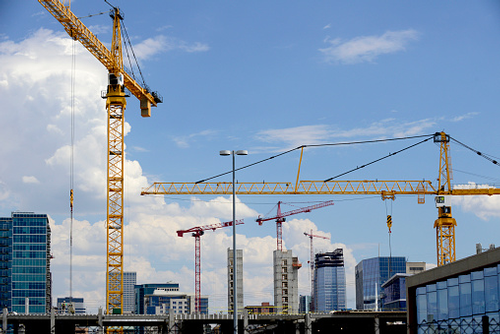 twilightproduction / Getty Images
Colorado is looking to pass legislation that would make intentional underpayment of wages a criminal offense.

The announcement out of Colorado comes on the heels of a bill that was amended in California earlier this month that aims to better codify workers as independent contractors or employees, in part to streamline the wage process.

While the bill was introduced last December, it was amended in assembly on March 26, just a few weeks after a report was released from the University of California Berkeley Labor Center, which found that construction workers were one of three occupations—along with truck drivers and janitorial workers—in the state routinely misclassified as independent contractors.

“While there are legitimate circumstances where classifying workers as independent contractors is appropriate, it is clear that some employers misclassify workers as a way to reduce their labor costs by avoiding payroll taxes and payments for unemployment insurance and workers compensation,” the report states.

“Misclassification also allows employers to transfer some of their operating costs and legal risks to workers, which may result in lower earnings overall for misclassified workers. Misclassification is a significant drain on government resources, with the state losing an estimated $3,000 in annual tax revenues for every worker that is misclassified.”

Berkeley used a 2000 study by the U.S. Department of Labor and a 2011 report by the Economic Roundtable. According to those studies, the construction industry has the highest rate of misclassification nationally and that misclassification most commonly occurs in the “specialty trades and hands-on construction occupations, especially among workers whose occupation is carpet installer, laborer, painter, or construction helper.”

The legislation pulls from the Dynamex Operations West Inc. v. Superior Court of Los Angeles case, which implemented the “ABC test,” which says that someone is an employee if a company controls what they do, if their work is linked to a company’s primary business and if they do not have an independent business performing that work.

Assemblywoman Lorena Gonzalez, D-San Diego, is sponsoring the bill, which would codify that test.

And last year, Oregon also introduced a bill that aims to protect wages by requiring a general contractor to pay wages owed by a delinquent subcontractor if certain conditions are met.

That legislation is still stuck in the senate, but if it passes, a contractor would have to pay a claim under the conditions that:

Similarly, according to a report from the Colorado Fiscal Institute, more than 500,000 workers in Colorado lose about $750 million a year because of wage theft. The analysis showed that methods used by employers include:

The next stop for the Colorado legislation is the chamber’s Labor & Employment Council, which is set to discuss the bill today (April 10).